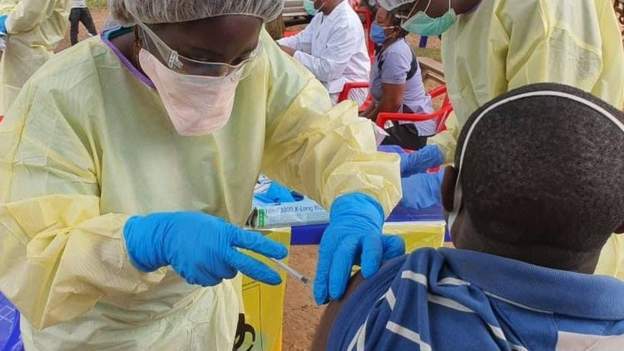 Vaccines against Ebola arrived in the country last week
Shares

The World Health Organization has warned there is a "very high risk" that an Ebola virus outbreak in Guinea could spread to neighbouring countries.

"As of yesterday a total of 18 cases were reported:14 were confirmed, including 4 deaths. This gives a case fatality rate of 44.4%," says Dr Georges Alfred Ki-Zerbo, the WHO's representative in Guinea.

The global health body says some neighbouring countries are yet to prepare any vaccination campaigns.

So far more than 1,600 people have been vaccinated against Ebola in Guinea.

The outbreak which began almost three weeks ago is the first in the region since in 2014 when the disease killed more than 11,000 people in Guinea, Sierra Leone, and Liberia.