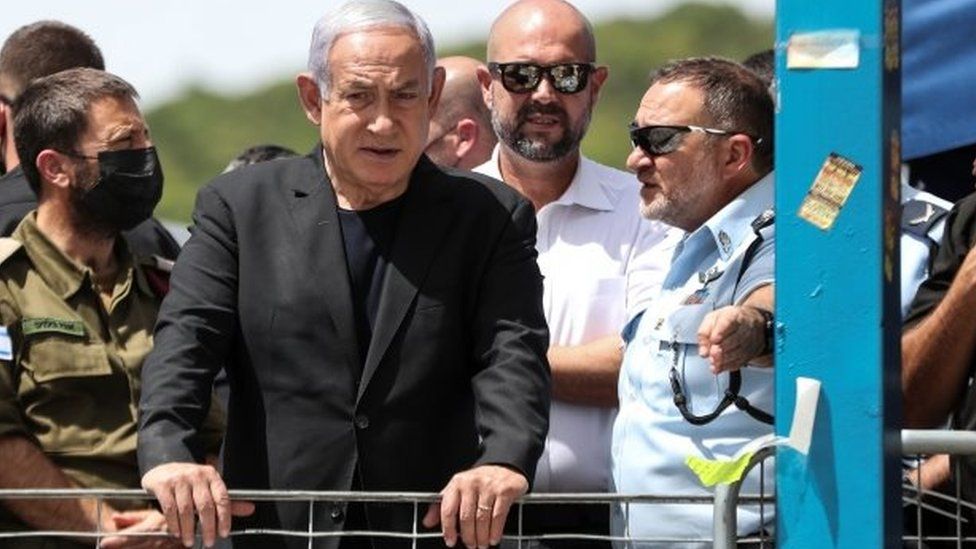 Israel's Prime Minister Benjamin Netanyahu has promised to investigate a crush at a crowded religious festival that left dozens of people dead.

During a visit to the scene near Mount Meron on Friday, he said the "serious" investigation "would ensure this kind of disaster never happens again".

At least 45 people were killed and 150 were injured at the all-night Lag B'Omer festival, which attracted tens of thousands of Orthodox Jews.

It is unclear what triggered the crush.

"There were heart-breaking scenes here. People who were crushed to death, including children," Mr Netanyahu told reporters at the scene. 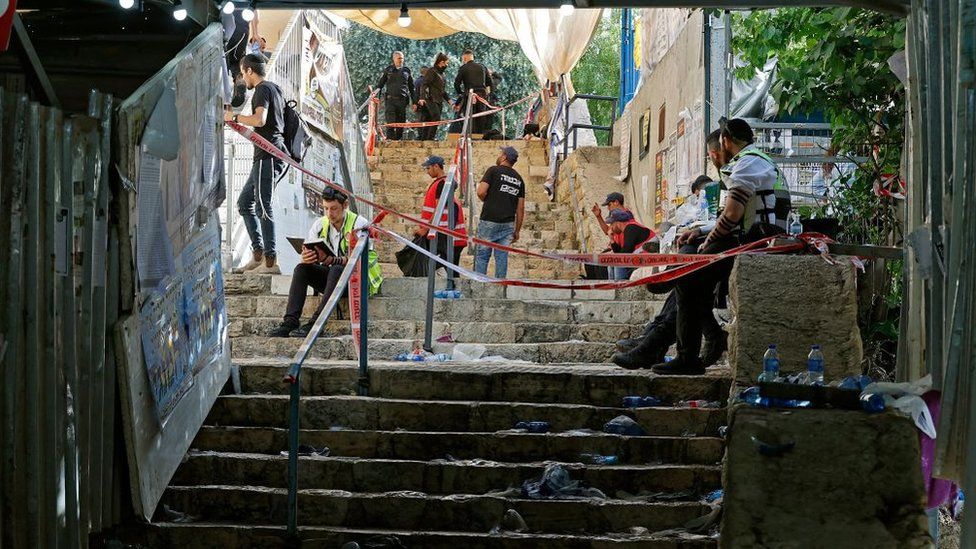 The prime minister said the "terrible disaster" was one of the worst in the country's history, adding that Sunday would be a day of national mourning.

What could have caused the disaster?
The crush occurred at around 01:00 local time (22:00 GMT Thursday), and early reports suggested a structure at the site had collapsed.

But police sources later told the Haaretz newspaper that it started when some people slipped on steps which caused dozens more to fall. This has not been officially confirmed.

Videos posted online showed thousands of people struggling to flee through a narrow passageway. Loudhailer messages then urged the crowds to disperse, before police requested the full evacuation of the site.

Shortly after the crush unfolded, some witnesses criticised the police response and said the incident began when they closed the 3-metre (10ft) wide passageway.

"It was very crowded... people had to walk down on this ramp in order to exit," Shmuel, an 18-year-old attendee, told the AFP news agency.

"[The police] closed it. Then more people arrived, and more and more... and police wouldn't let them exit, so people started to fall," he said. 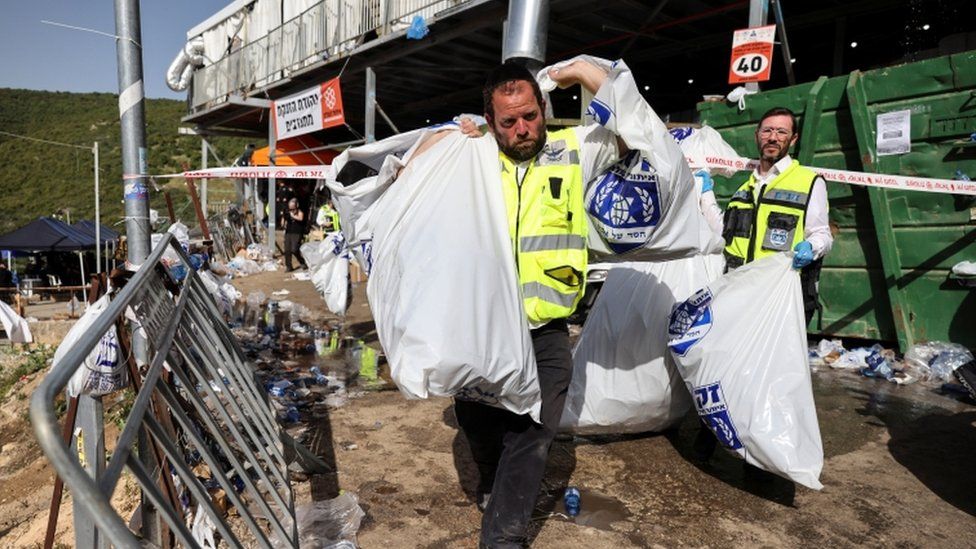 "I... take upon myself the overall responsibility, for good and for bad, and I am ready for every inspection". the regional police chief, Shimon Lavi, told reporters at the scene.

He later told AFP that his officers had done all they could on a "tragic night".

Other police officials told local media that people slipped in the narrow walkway and the crush was "out of their control".

Thousands of police officers were deployed to the area, and they closed down the event after the crush before helping evacuate attendees.

Other witnesses described the panic as the crush began to unfold.

"It was crowded and there [was]... no place to move," one attendee told the BBC. "People started to fall on the ground."

"All of a sudden we saw paramedics... running by," another attendee, Shlomo Katz, said. "One after the other [they] started coming out... Then we understood that something is going on here."

2px presentational grey line
Analysis box by Tom Bateman, Middle East correspondent
At the disaster site men come in their dozens. Some pray. Others stand in groups, exchange short words and point to where tragedy unfolded.

I walk down the ramp from the top of the slope where the crowd swelled. It is made of metal, with no steps, and eyewitness say it was wet and slippery.

Then the narrow passageway turns hard to the right and there are steep steps. One man points down them. "The police, they put barriers there!" he says, anger rising in his voice.

People say they could not get out as the crowd at the top, unaware, carried on coming.

Jewish pilgrims travel here in their hundreds of thousands for blessings at the shrine of a rabbi from antiquity. Instead this year they met panic and a deadly crush.

And now this holy site witnesses an unplanned, mass evacuation. The festival was cancelled, and people are being bussed out in their tens of thousands.

"My thoughts are with the Israeli people and those who have lost loved ones in this tragedy," UK Prime Minister Boris Johnson said on Twitter.

German Chancellor Angela Merkel described the crush as a "catastrophe" and offered her "heartfelt sympathies".

The EU, as well as leaders from India, Austria and elsewhere, also offered their condolences.

What is the Lag B'Omer festival?
Tens of thousands of Orthodox Jews make a pilgrimage to Meron each year for Lag B'Omer, a religious holiday marked with all-night bonfires, prayer and dancing.

The town is the site of the tomb of Rabbi Shimon Bar Yochai, a revered Second-Century sage, who ordained that the anniversary of his death be commemorated with a celebration of his life.

Israel's successful vaccination programme has allowed it to lift many restrictions, but health officials had still warned of the risk of Covid-19.

The site is mostly gender-segregated. Images and video suggest the crush happened in one of the men's sections.

According to the Times of Israel, organisers estimated that 100,000 people arrived on Thursday night.

Attendance was higher than last year, when the festival was held under restrictions due to the coronavirus pandemic.

But it was still smaller than in previous years, when hundreds of thousands of people took part.