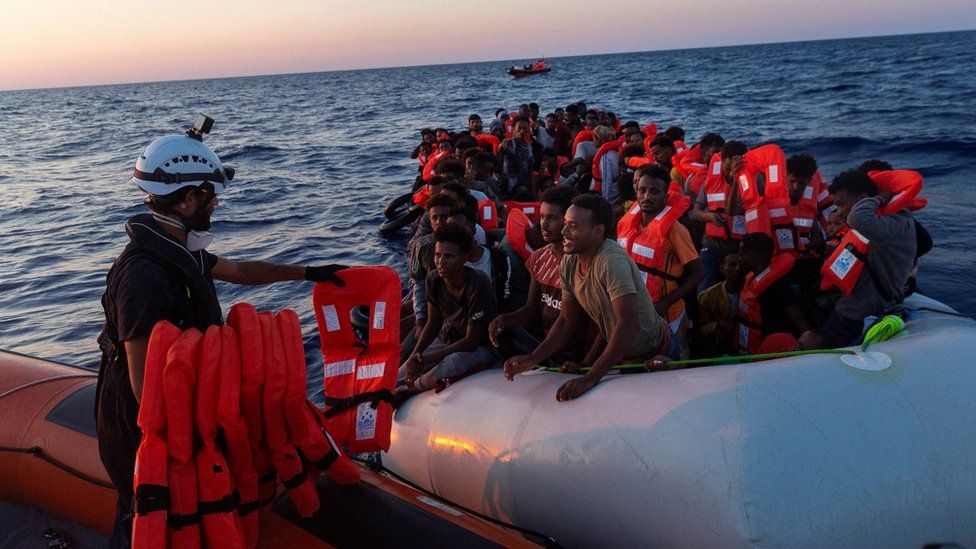 Nearly 1,200 undocumented migrants have arrived in Italy over the past 24 hours, authorities say.

The migrants, who hail from several Asian, African and Middle Eastern nations, landed at ports in Sicily.

Officials say 674 people were rescued and five dead bodies recovered from an overcrowded fishing boat off the coast of Calabria.

Another 522 people rescued from some 15 boats were brought to Lampedusa on Saturday.

The boats had departed from Libya and Tunisia. Lampedusa is one of the main arrival ports for people wanting to reach Europe.

According to Italian media, the island's immigration centre has been overwhelmed by a huge increase in landings in recent weeks. The Ansa news agency reports that the centre is well over its 350 person capacity, with some 1,184 people currently being held at the site.

The Coast Guard and non-governmental organisations rescue hundreds more in distress from the sea every year.

The Mediterranean is one of the most dangerous routes for clandestine migration. According to the United Nations High High Commissioner for Refugees (UNHCR) some 3,231 people were recorded as being either dead or missing in the Mediterranean and the northwest Atlantic in 2021.

Many of those making the perilous crossing do so aboard makeshift vessels supplied by people smugglers and are often left abandoned in the middle of the sea once the boats fail.

The landings come ahead of a fiercely contested Italian election, with opinion polls suggesting the far-right Brothers of Italy may gain enough seats to lead a right-leaning coalition.

Giorgia Meloni, the party's leader, has pledged to clamp down on migration. In the past she has caused controversy by advocating for a blockade of the Libyan coast to stop people smugglers launching towards the Italian coast.