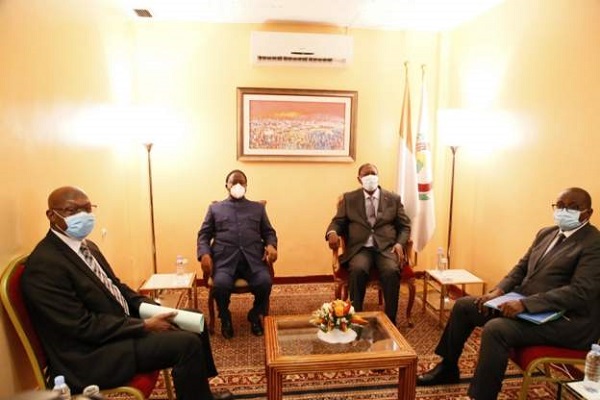 Ivory Coast's President, Alassane Ouattara, and his main rival, Henri Konan Bédié, said they have decided to make peace in the country after weeks of violence over a disputed presidential election.

The two men said they would keep talking following a meeting in the commercial capital, Abidjan, on Wednesday which they described as an ice-breaker.

The government says 85 people have been killed in violence connected with the election in which Mr Ouattara won a controversial third term.

A number of opposition leaders have been arrested after denouncing the poll and setting up a rival administration.

President Ouattara's first words to journalists after the meeting were that “trust has been rebuilt”.

But there were no handshakes in front of the cameras.

Mr Bedie’s party, the PDCI, had previously insisted on several preconditions before the meeting - including removal of security blockades on the residences of opposition leaders and cessation of legal proceedings against them.

The opposition does not recognise the results of the 31 October presidential election.