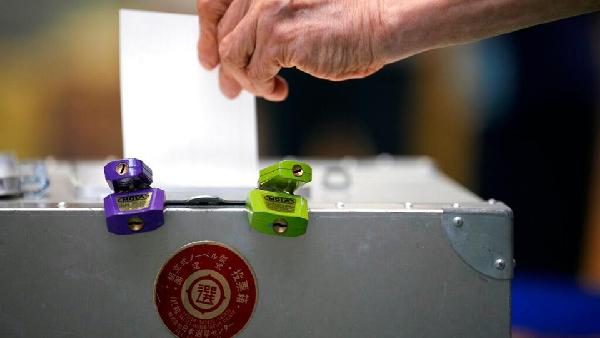 The election, which is expected to see Abe's ruling Liberal Democratic Party increase its majority, has been overshadowed by the murder.

But Prime Minister Fumio Kishida and other politicians have insisted the shock killing would not halt the democratic process.

"We must never allow violence to suppress speech during elections, which are the foundation of democracy," he said Saturday, as he campaigned across the country.

The assassination, which occurred on Friday, rattled the nation and sent shockwaves around the world, prompting an outpouring of sympathy even from nations with which the hawkish Abe had sometimes difficult relations, like China and South Korea.

The man accused of his murder, 41-year-old Tetsuya Yamagami, is in custody and has told investigators he targeted Abe because he believed the politician was linke d to a unnamed organisation.

Local media have described the organisation as religious and said Yamagami's family had suffered financial trouble as a result of his mother's donations to the group.

Abe had been campaigning in the western region of Nara for a candidate from his ruling LDP when Yamagami opened fire, and local police there on Saturday admitted "problems" with the security plan for the high-profile figure.

With little violent crime and tough gun laws, security at Japanese campaign events can be relaxed, though in the wake of Abe's murder, measures were beefed up for Kishida's remaining appearances.

At Abe's family home in Tokyo on Saturday, a steady stream of senior politicians dressed in black arrived to pay condolences.

Police have promised a "thorough investigation" into what the head of the Nara regional police called "problems with guarding and safety measures" for Abe.