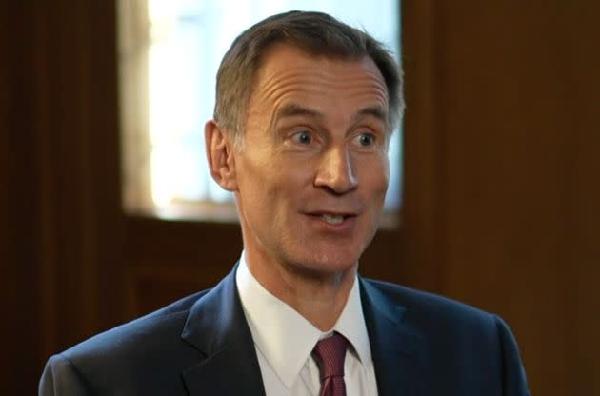 Chancellor Jeremy Hunt has insisted Liz Truss is still in charge of the government, after a series of U-turns left her premiership in jeopardy.

Some Tory backbenchers have been talking privately about how to remove the PM, after market turmoil led her to abandon her flagship tax policies.

Mr Hunt urged the party to unite behind her, as the pair held crunch talks to thrash out plans on tax and spending.

But a senior Tory MP said "the game is up" and called for Ms Truss to go.

Mr Hunt replaced Kwasi Kwarteng on Friday, after the former chancellor was fired following financial turbulence in the wake of last month's mini-budget and a backlash from a number of MPs in his party.

In a bid to restore market confidence, Ms Truss has junked key parts of the tax-cutting blueprint that was unveiled by Mr Kwarteng and won her the Tory leadership contest, putting her into office.

And Mr Hunt, who held talks with Ms Truss at her official Chequers country retreat earlier, has not ruled out further U-turns as he seeks to restore UK economic credibility.

In an interview with Laura Kuenssberg recorded on Saturday, he said he was not "taking anything off the table".

He warned of "difficult decisions both on spending and on tax," as he prepares to deliver an economic statement on 31 October to reassure investors he has a plan to get public debt under control.

However, there are newspaper reports that some Tory MPs have already begun talks about how to remove her from power, despite current party rules preventing a formal leadership challenge for a year.

Tactics reportedly under consideration include submitting no-confidence letters in a bid to force party bosses into a rule change, or changing party rules to allow MPs to bypass members and pick a new leader themselves.

Asked whether she could survive as PM, former minister Crispin Blunt told Channel 4: "No, I think the game is up and it's now a question as to how the succession is managed.

"If there is such a weight of opinion in the parliamentary party that we have to have a change then it will be effected."

Speaking to Sky News, senior backbencher Robert Halfon said "of course, colleagues are unhappy with what is going on", adding that "we're all talking to see what can be done about it".

He said he was not calling on Ms Truss to go, but called for a "dramatic reset" in the government's direction.

And in a blistering attack, he accused ministers of behaving like "libertarian jihadists" treating the public as "laboratory mice on which to carry out ultra, ultra free market experiments".