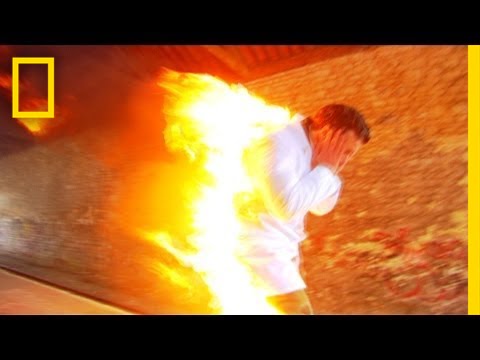 A former maths prodigy and promising medical student burned himself to death in front of his teenage son after running up gambling debts of £250,000, an inquest heard.

Bylent ‘Bill’ Troshupa, 53, became erratic and angry after losing thousands betting 12 hours a day through the pandemic with firms including William Hill and 888.

His marriage broke down and a restraining order prevented him from visiting wife Julie Martin, 51, and their 16-year-old son.

But the father-of-two arrived with a knife, jerry can of fuel and envelope full of cash while his son was at home alone last November.

He started banging on the door demanding to be let in before posting the money through the letterbox, stepping back and setting himself on fire.

The distressed son called his mother as she drove back to Waltham Abbey, Essex, from work at around 8.30pm and said ‘his father was on fire’ outside.

Miss Martin rushed home to find Mr Troshupa ‘on fire, screaming while falling to the floor’. A neighbour ran out with a hosepipe before dowsing him with a blanket but his burns were too severe.

Emergency services battled for 90 minutes at the scene before he was intubated to keep him comfortable and flown by helicopter to Broomfield Hospital.

Dr Niall Martin, from the burns unit, said he suffered a cardio-pulmonary arrest and died at 1.30am. Senior coroner Lincoln Brookes recorded a verdict of suicide at Chelmsford coroner’s court.

Miss Martin, who also has a daughter, aged 22, sat through the one-hour hearing in tears clutching the hands of two friends. The inquest comes after ministers have been criticised for delaying a White Paper on gambling regulations which are expected to be watered down.

Afterwards Miss Martin, who has become a vocal campaigner for victims of gambling addiction, told the Daily Mail: ‘The Government needs to step up action.

‘But this is just the tip of the iceberg, there are over 400 suicides each year and thousands more on anti-depressants and suffering mental health problems.’

The court heard Mr Troshupa was a maths prodigy as a child, winning a national competition in his native Kosovo and coming third across the former Yugoslavia.

He was in his second year studying medicine in Croatia when the Balkans War started and he had to flee on the last flight out as he was at risk from Serbian nationalists as an ethnic Kosovan Muslim.

Mr Troshupa arrived in London but none of his qualifications were recognised so he worked as a driver. He met Miss Martin and they married but he had mental health problems from gambling.

In lockdown, he was put on furlough and separated from his wife after being convicted of assaulting her in September 2020.

Miss Martin said: ‘He was defeated by the loss of what his life could have been. I think this is why he started gambling and it destroyed him.’