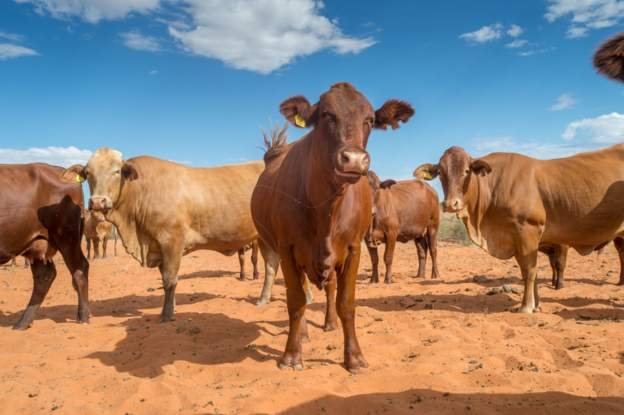 The first shipment of red meat to the US has set off, after nearly two decades of negotiations
Shares

Namibia became the first African country to export red meat to the United States after it sent 25 tonnes of beef to Philadelphia, following two decades of haggling over safety regulations and logistics.

The arid southern African nation, known for free-range, hormone-free beef, is set to export 860 tonnes of various beef cuts in 2020 to the United States, rising to 5,000 tonnes by 2025.

The United States tops the world list for red meat consumption per head. Americans consume on average 120 kgs of meat per person, according the U.S. Department of Agriculture (USDA), making meat exports to the country a prime target.

She was speaking in the capital Windhoek, where state-owned meat firm Meatco is headquartered, as the first shipment of meat set off, after negotiations that spanned 18 years.

The target would be the massive U.S. fast food industry and franchises like McDonaldâ€™s, the minister said.

The shipment is first commercial consignment after samples were sent in the past 24 months to U.S. laboratories for tests.

Under the deal, exports will include boneless, raw beef cuts in frozen or chilled form.

Agriculture contributes about 5% to Namibiaâ€™s economy but farming including cattle raising contributes to nearly two-thirds of the populationâ€™s income.

In 2019, Namibia exported about 12,400 metric tonnes of meat to Norway, Britain, the European Union and Chinese markets.

â€œNamibia will benefit economically from tapping into the largest consumer market with purchasing power of $13 trillion, and U.S. consumers will benefit from access to Namibiaâ€™s high-quality, free-range, grass-fed beef,â€ U.S. ambassador to Namibia, Lisa Johnson, said.

Namibiaâ€™s exports will also benefit from a duty-free regime under the African Growth and Opportunity Act (AGOA).