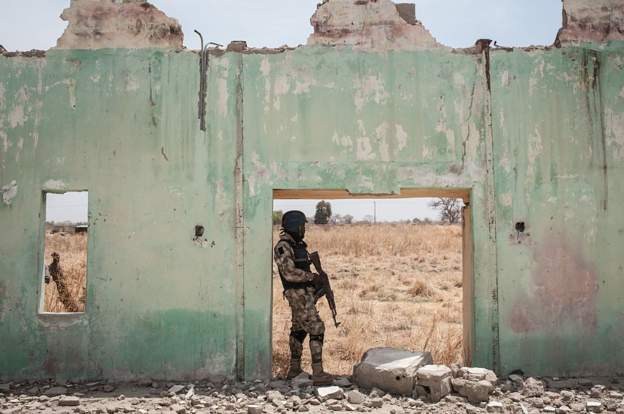 The Nigerian Army (NA) has condemned "unprofessional torture" and "extrajudicial killing" that appears to have been carried out by their personnel in a video.

In a Twitter thread, the NA said it wishes to "strongly condemn the action of those involved (whoever they may be)".

They said the "dastardly act" was "completely unacceptable, unethical and is against the cherished core values of the NA especially that of respect for others and their fundamental rights". 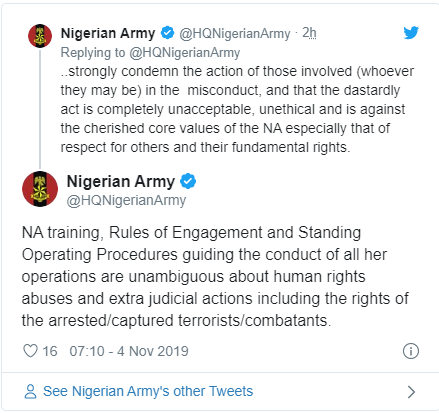 Troops have been "consistently warned to desist from rights infractions of any form no matter the amount of desperation, anger or provocation," the post said.