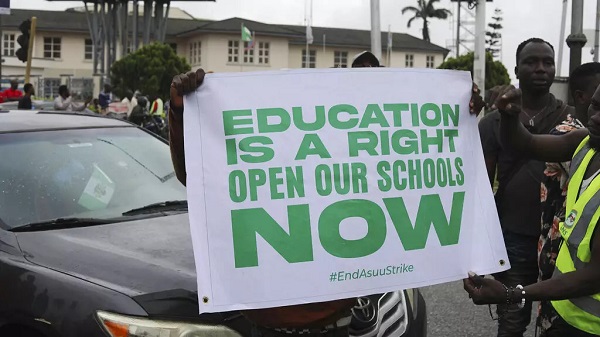 The Nigeria's striking university teachers say they will appeal to the National Industrial Court of Nigeria, which ordered the union to call off its ongoing nationwide strike and resume work.

This according to Academic Staff Union of Universities said its lawyers were already filing an appeal and urged its members to “remain calm”.

This follows an Nigerian court ordering lecturers of the the public institutes to call off their over six months strike and return to class.

The lecturers have been demanding higher pay and several negotiations with the government have not yielded any positive results, which forced President Buhari's administration to approach the National Industrial Court.

On Monday September 19, 2022, affected student protested for issues to be solved to resume school. Affected persons are estimated to be more than 2.5 million students enduring the frustration caused by the parties.

Their frustration on Monday showed some defyment of armed security personnel in the commercial hub of Lagos, hundreds of students blocked a major road leading to the Murtala Muhammed International Airport, Nigeria's busiest airport. Some flights were disrupted.

They marched with placards and chanted songs urging the Nigerian government to carry out the demands of public university lecturers who have been on strike since February.