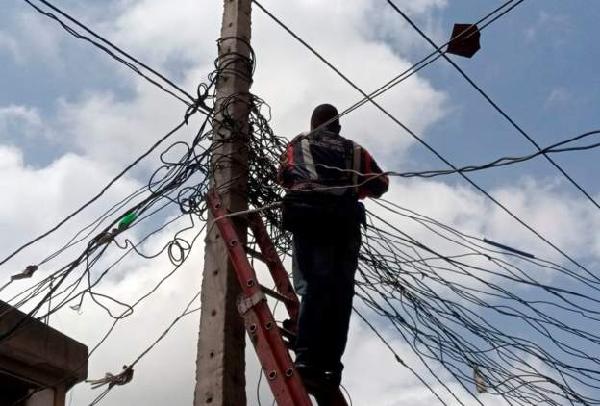 Workers in Nigeria's electricity sector have shut down the national grid as part of a strike they called over pay, causing a nationwide blackout.

Their union said it wanted to compel the government to honour an agreement from 2019 to pay former employees of a state-owned electricity company.

The union reportedly suspended the strike later on Wednesday after a meeting with the government.

"A committee chaired by the Minister of State for Power has been set up to work out modalities on resolution of the issues. Power would be restored either this night or tomorrow in the morning," the Reuters news agency quoted the National Union of Electricity Employees (NUEE) general secretary Joe Ajaero as saying.

The workers earlier held a protest on Tuesday accusing the government of failing to address staff welfare issues.

The Ministry of Power, which is in charge of electricity, had earlier asked to be given two weeks to resolve the outstanding issues.

Frequent power cuts due to the unreliable national grid have forced many Nigerians to rely on fuel-powered generators to produce electricity for their homes and businesses.