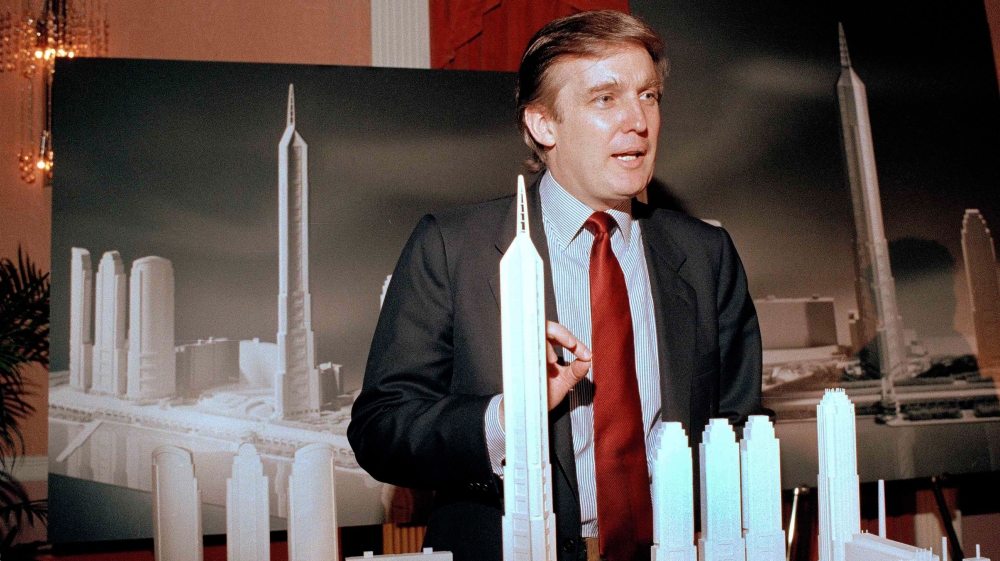 The Donald Trump you first came across depends largely on the decade in which you spent your formative years.

If you were raised in the 1970s, it will be the fledgling New York property developer working on renovating some of the city's most iconic buildings with what he would later describe as a "small loan of a million dollars" from his father.

In the '80s, the now-accomplished businessman became widely known for his New York Times bestseller, The Art of the Deal, in which he detailed the path to his riches.

The '90s made Trump a fixture of popular culture as the owner of the Miss Universe beauty pageant and a cameo actor in some of the decadeâ€™s most popular TV shows and movies, including Home Alone 2, Sex and the City, and the Fresh Prince of Bel Air.

By the turn of the millennium, Trump reached global stardom with the TV show The Apprentice. His signature phrase, "You're fired", aimed at losing contestants on the show, took on a life of its own as one of the staple catchphrases of the reality TV era.

The jump between business and politics has never been grand, and Trump flirted with the idea of several political candidacies from the '80s onwards.

For two decades from 1988, the property mogul drifted between the Democrats and the Republicans but finally settled on the latter after the election of current US President Barack Obama, towards whom he quickly established a vicious enmity.

Trump helped promulgate conspiracy theories that the US leader had lied about being born in the US, therefore invalidating his right to the presidency.

Despite ready accessibility to evidence that Obama was born in the United States, Trump only accepted this during the later stages of his current run for presidency in 2016.

Trump's run at the presidency marked an ascent that has defied expectation from political analysts, the media, and rivals in both major US parties alike.

Trump has survived not only the fallout from his populist rhetorical outbursts during the campaign but also revelations dating back decades involving racism, sexual harassment, tax avoidance, among other accusations.

A pledge to ban Muslims entering the US, calling immigrants from Mexico rapists, attacking the family of a US soldier killed in Iraq, mocking a disabled New York Times reporter, leaks detailing boasts of unsolicited sexual advances in graphic detail - Trump has survived the fallout of all plus more.

Even though most polls gave his Democratic rival Hillary Clinton a slight edge, Trump won because he had the backing of large swaths of the country, for whom he - the self-proclaimed outsider - is a voice of protest against the establishment.

They turned out in enough numbers on Tuesday, especially in key swing states, and brought about the biggest political shock in modern US history reports Al Jazeera News.