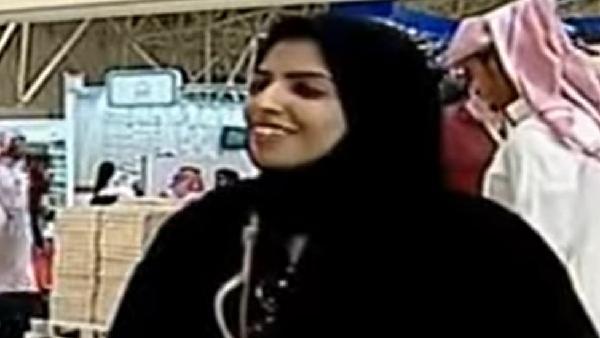 Leeds University has expressed deep concern for one of its PhD students who has been jailed for 34 years in Saudi Arabia over critical tweets.

Salma al-Shehab, 34, a Saudi citizen and mother of two, was arrested in 2021 while on holiday in the kingdom.

Before the trip she had called for reforms and the release of activists.

Human rights groups said the harsh sentence gave the lie to Saudi claims it was improving women's rights and showed the situation was getting worse.

They warned that it was "the longest prison sentence ever for a peaceful activist" in the Gulf state, where Crown Prince Mohammed bin Salman has overseen a crackdown on dissent for five years.

Shehab, a member of Sunni Muslim-ruled Saudi Arabia's Shia minority, describes herself on her Instagram account as a dental hygienist and medical educator. She says that she is studying for a PhD at Leeds University and is a lecturer at the Princess Nourah University in Riyadh.

Her Twitter account, which has 2,700 followers, has not been updated since 12 January 2021, three days before she was reportedly detained in Saudi Arabia.

At the end of the previous month, she tweeted or retweeted several messages calling for reforms in Saudi Arabia and the release of prominent activists, clerics and other intellectuals.

US-based human rights group The Freedom House and UK-based group ALQST reported that Shehab was initially given a six-year prison sentence after being found guilty of violating the country's counter-terrorism and anti-cybercrime laws late last year.

On 9 August, an appeals court increased her term to 34 years and added a 34-year travel ban that would start following her release, they said, citing court documents.

Bethany Al-Haidari, the Saudi case manager at the Freedom Initiative, described the sentence as "abhorrent".

"Saudi Arabia is boasting to the world that they are improving women's rights and implementing legal reforms. But there is no question with this sentence that the situation is just getting worse," she told the BBC's Newshour programme on Saturday.

"We also have gotten reports that there are hundreds of young women who were detained around the same time as Salma was."

On Wednesday, a Leeds University spokesperson told the BBC: "We are deeply concerned to learn of this recent development in Salma's case and we are seeking advice on whether there is anything we can do to support her.

"Our thoughts remain with Salma, her family, and her friends among our close-knit community of postgraduate researchers."

A US state department spokesman said it was studying Shehab's case and that "exercising freedom of expression to advocate for the rights of women should not be criminalised".

The Saudi government has so far not commented on the reports.