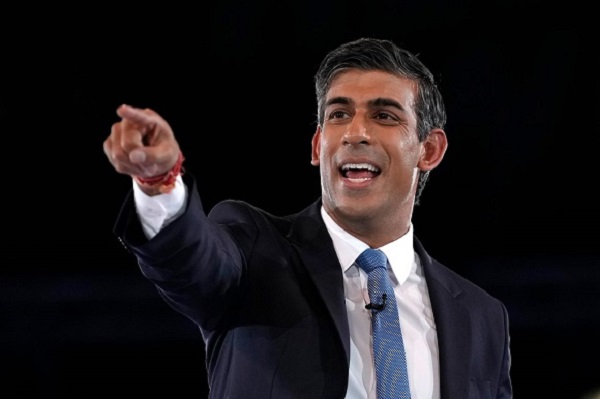 In his first address as leader, Mr. Sunak said “mistakes were made” by his predecessor, Liz Truss. He promised to fix them.

Rishi Sunak officially became Britain’s 57th prime minister on Tuesday, vowing to fix the mistakes made by his predecessor, Liz Truss, and to regain the trust of British voters after months of political upheaval set off by the ouster of her scandal-scarred predecessor, Boris Johnson.

“I will place economic stability and confidence at the heart of this government’s agenda,” a somber Mr. Sunak said in his first address as leader in front of 10 Downing Street. Minutes earlier, he met King Charles III at Buckingham Palace and formally became the country’s fifth prime minister in six years. “That work begins immediately.”

READ ALSO: Rishi Sunak: A quick guide to the UK’s next prime minister

The 42-year-old son of Indian immigrants, Mr. Sunak won the Conservative Party contest to replace Ms. Truss on Monday, just six weeks after she took power. Now, he confronts the twin challenge of reunifying his fractured party and navigating Britain through its gravest economic crisis in a generation.

Here’s what else to know about Britain’s leadership transition:

Though he was elected with only the votes of about 200 Conservative lawmakers, Mr. Sunak rejected suggestions that he did not have a political mandate. That was aimed at both potential rebels in his own party and at the opposition Labour Party, which has called for an immediate general election.

A former chancellor of the Exchequer, Mr. Sunak is expected to pull Britain back to more mainstream policies after Ms. Truss’s failed experiment in trickle-down economics, which rattled financial markets and damaged Britain’s fiscal reputation. Her policies were not born of bad intentions, he said, but he described them as “mistakes nonetheless.”

In defiant and unapologetic departing public remarks as Britain’s leader, Ms. Truss took credit for protecting people from rising energy bills and diversifying Britain’s sources of energy. She reiterated her belief in lower taxes and a faster-growing economy, and said, “I know that brighter days lie ahead.”

Mr. Sunak gave few specifics about his plans during the chaotic three-day race for leader of the Conservative Party, beyond promising to unite the country and fix the economy. His first cabinet appointments on Tuesday will provide an early clue of how he hopes to lead Britain out of one of its current crisis.