Rishi Sunak: A quick guide to the UK’s next prime minister 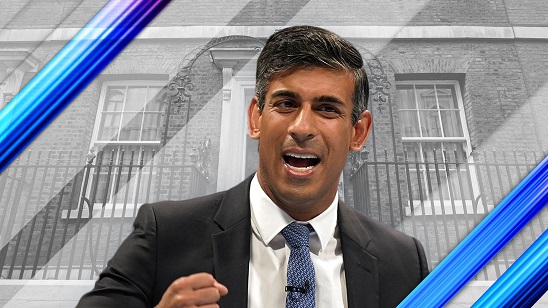 The former chancellor Rishi Sunak is set to be prime minister. Here's what you need to know about him.

He's won after running for the second time this year

He lost to Liz Truss in September, but she resigned six weeks later. In the latest leadership contest, Mr Sunak racked up the support of his fellow MPs early, and fast. He crossed the 100 nominations he needed long before the deadline - including from MPs that had previously backed Truss or Boris Johnson.

He 'predicted' financial problems under Truss

He clashed with the former PM during the previous leadership race, claiming her plan to borrow money during an inflation crisis was a "fairytale" that would plunge the economy into chaos.

READ ALSO: Liz Truss: A quick guide to why the prime minister resigned

He is the son of immigrants

His parents came to the UK from east Africa and are both of Indian origin. Mr Sunak was born in Southampton in 1980, where his father was a GP and his mother ran a pharmacy. He is now set to be the first British Asian prime minister.

He's only been an MP for seven years

Mr Sunak was first elected as an MP in 2015 - for Richmond in north Yorkshire - but rose quickly, and was made finance minister - or chancellor - in February 2020 under Boris Johnson.

He was in charge of Covid support cash

As Mr Johnson's chancellor, Mr Sunak was behind the financial aid during lockdowns - including furlough payments and the "Eat Out to Help Out" scheme for restaurants.

He's thought to be one of the richest MPs

His wife is Akshata Murthy, the daughter of Indian billionaire Narayana Murthy. Mr Sunak himself has worked for investment bank Goldman Sachs and at two hedge funds. The Sunday Times Rich List estimates the couple's fortune to be worth about £730m.

He faced controversy over his wife's tax arrangements

Over the summer, it emerged Akshata Murthy paid no UK tax on big earnings abroad - which is legal. Mr Sunak defended his wife saying, "to smear my wife to get at me is awful" - but eventually she agreed to start paying extra taxes. We also found out he temporarily had a US green card, allowing him to live permanently in America while he was the UK's chancellor.

He campaigned for Brexit and deregulation

"Free ports" are one of his long-time favourite ideas: areas near ports or airports where goods can be imported and exported without paying taxes, to encourage trade.

He really wanted to be... a Jedi

In 2016, he told a group of schoolchildren that he originally wanted to be a Jedi Knight when he grew up. His favourite Star Wars film is The Empire Strikes Back.