Tanzania MPs to use tablets for parliamentary business 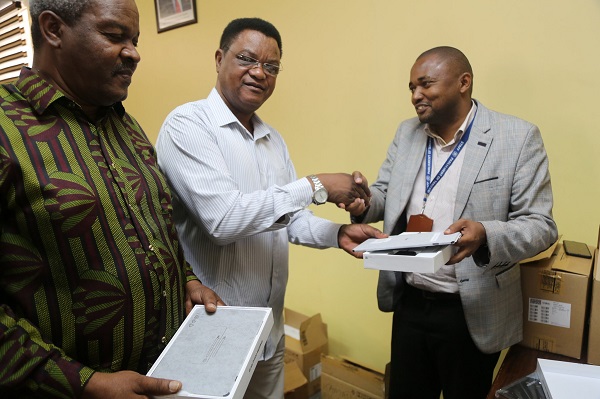 The MPs were issued with the gadgets on Monday ahead of the sessions on Tuesday afternoon in the capital Dodoma.

The official parliament Twitter account tweeted pictures of MPs receiving the tablets and said in Swahili that they aim to eliminate paper use: 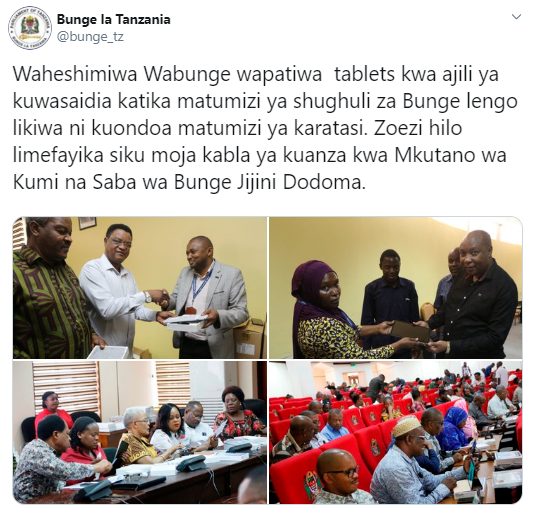 Parliamentary Clerk Stephen Kigaigai said the move will save the government money that used to go to printing and photocopying documents.

“We have however requested relevant ministries to bring with them some paper documents for records purposes. For example for use in the library,” he said.

Mr Kigaigai says the parliament used to prepare up to 500 copies for documents to be used in parliamentary business but now they will be less than 10.

Tanzania’s parliament becomes the latest in East Africa to adopt use of technology to enhance efficiency and reduce spending.

Neighbouring Kenya issued MPs with iPads early this year in a move expected to save the country 15 million Kenyan shillings ($150,000; £116,000) a year in printing and photocopying costs.

Uganda issued iPads to its members of parliament back in 2013.