Tesla sells most of its Bitcoin holdings 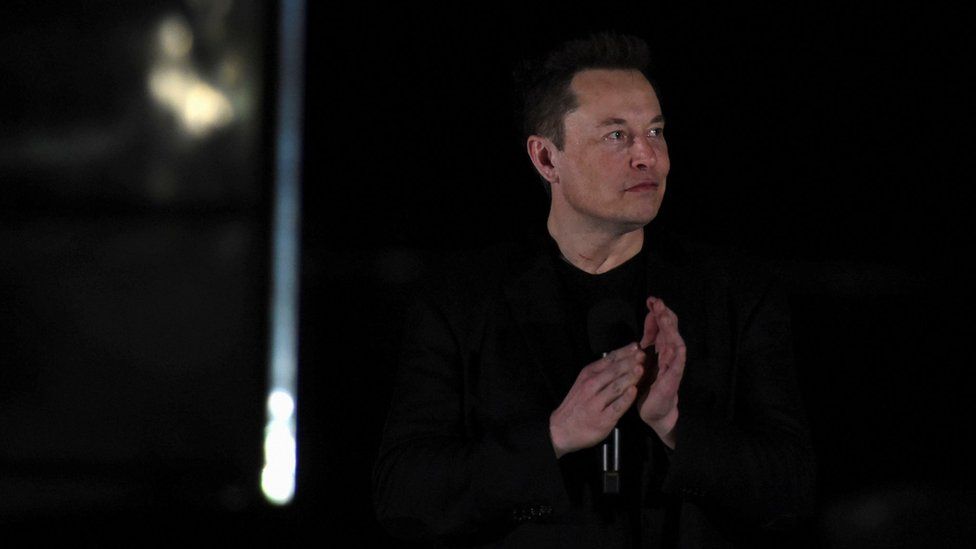 Tesla, which made waves last year when it revealed a major investment in Bitcoin, has now sold off most of its holdings of the cryptocurrency.

The electric carmaker said it had offloaded 75% of its Bitcoin, which was worth about $2bn at the end of 2021.

It is backing away as the value of the cryptocurrency has plunged, falling by more than 50% this year.

Tesla said it bought traditional currency with the $936m (£782m) from its Bitcoin sales.

Tesla boss Elon Musk has been among the most high profile champions of cryptocurrency, with his pronouncements on social media often driving significant trading activity.

Tesla's $1.5bn investment in Bitcoin, revealed in February 2021, prompted a surge of demand in the currency. The price of the notoriously volatile cryptocurrency soared last year to almost $70,000 in November before crashing.

"Tesla will not be selling any Bitcoin". That sounds pretty emphatic.

Yet from the mouth of the world's richest person, statements should be taken with not just a pinch but a shovel of salt.

We now know that a year after that Tweet, Tesla sold most of its Bitcoin.

That doesn't seem to have hurt his business career, up to now.

But this is another reminder that his words, which can move markets, are not set in stone.

The move is yet more bad news for Bitcoin and crypto more generally. Musk is an advocate of crypto, and helped hype up currencies like Bitcoin and Dogecoin.

Mr Musk said that this wasn't a reflection on Bitcoin, and more about the need for cash.

However, he also called crypto a "side show to the side show". Not exactly a ringing endorsement.

Tesla shared the sale of the holdings as part of its regular quarterly update. It said Bitcoin was one of the factors that hurt its profitability.

However, the company reported higher-than-expected profit for the three months to the end of June as price increases of its best-selling cars helped offset challenges, including lockdowns in China.

It also promised a "record-breaking second half" to the year.

Tesla said production at its factory in China rose to a monthly record as Covid-19 restrictions were lifted.

Mr Musk also said output increased at the company's newer factories in Germany and the US.

He previously called the sites in Berlin and Austin, Texas "gigantic money furnaces".

Tesla shares have fallen by almost 40% this year.