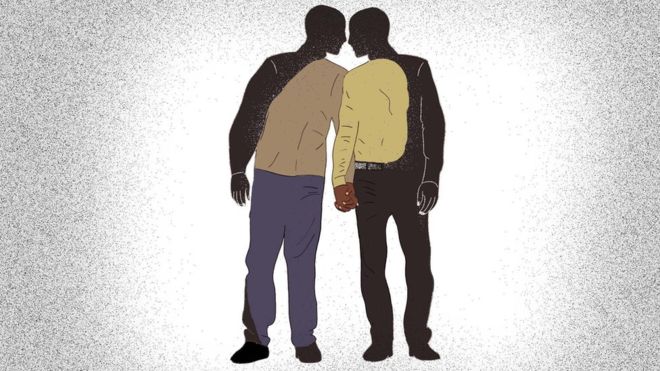 Zambia's President Edgar Lungu has pardoned two men who were jailed last year for having sex with each other.

Their 15-year sentence triggered a diplomatic row, which ended in the recalling of the US ambassador.

The two men, Japhet Chataba and Steven Samba, were listed among the names of nearly 3,000 prisoners to be pardoned to mark Africa Freedom Day, which fell on Monday.

Zambia is a deeply conservative society where homosexual acts are illegal.

This was legislation inherited from the British colonial era.

Last November, a High Court in the capital, Lusaka, sentenced the two men for having sex "against the order of nature".

They had booked into a lodge, and a worker peeped through an open window and saw them having sex, the court heard.

At the time, US ambassador Daniel Foote said he was "horrified" by the sentencing.

He implored the Zambian government to review the case and its homosexuality laws, but then faced a backlash for his comments.

'We want him gone'
The government felt that the ambassador was trying to use the aid money that the US gives as leverage.

At the time, Zambia's Foreign Minister Joseph Malanji told the BBC the government could not be forced to make decisions "at gunpoint" because of aid.

In response the diplomat's comments, President Lungu then said that he did not "want such people in our midst. We want him gone".

Mr Foote was recalled to Washington in December.