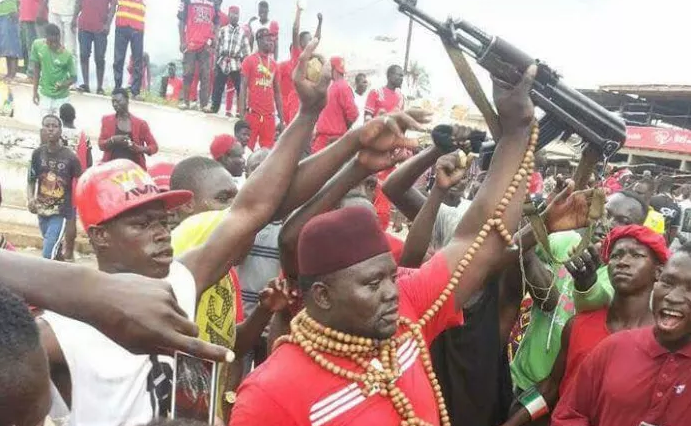 Thousands of opposition supporters in the French-speaking country have been holding a series of target protests to demand a return to the use of the 1992 constitution which imposes limits on presidential terms.

They want an end to the Faure GnassingbÃ© rule which has been in power since 2005 after his father, who had also ruled the country for decades, passed away.

Protesters have rejected a government proposal to bring about a two-term presidential limit, saying it is a ploy to extend the presidentâ€™s rule.

Internet access in Togo was severely restricted on Wednesday as opposition supporters started another protest.

Although the anti-Gnassingbe protests have been going on for close to a month, sub regional leaders are yet to be heard on the matter.

Vice General Secretary of the opposition party Democratic Convention of African Peoples (CDPA), Pascal Odonkor, told Joy News in an interview that Togo risks getting plunged into a civil war if the political tensions are left unresolved.

The West Africa Network for Peacebuilding (WANEP), a leading Regional Peacebuilding organization, has also urged the international community to put an eye on Togo, in order to prevent the ongoing unrest from degenerating into a conflict situation.

The R2P is a global political commitment which was endorsed by all member states of the United Nations at the 2005 World Summit to prevent genocide, war crimes, ethnic cleansing and crimes against humanity.

Mr Eze made the appeal on Wednesday in an interview with the Ghana News Agency in Accra on the sideline of a roundtable on â€œReflection on Security Seriesâ€.