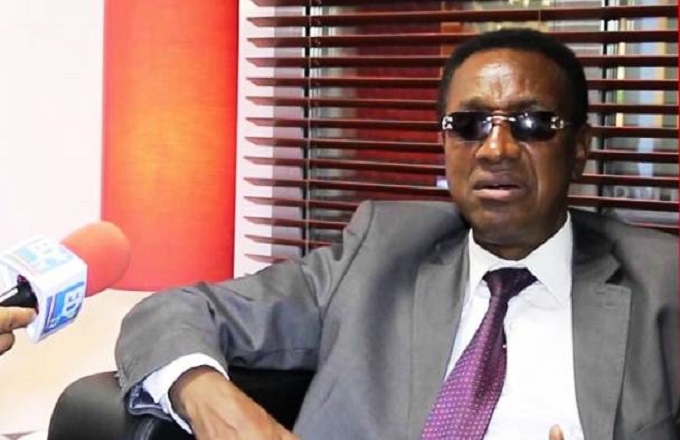 Democratic Republic of Congo's largest opposition party said it expelled one of its leaders on Saturday amid infighting that weakens its effort to force President Joseph Kabila to stick to a deal to step down after an election this year.

The Union for Democracy and Social Progress (UDPS) said it dismissed deputy secretary-general Bruno Tshibala for contesting the designation of successors to veteran leader Etienne Tshisekedi, who died last month.

The party is part of an opposition coalition struggling to hold its ground against Kabila, who has ruled Congo since 2001. Kabila stayed in power after his mandate expired in December, sparking unrest and fears of civil war.

Under a deal struck in December, Kabila is to leave power following elections this year. But implementation of the deal has stalled, in part due to the opposition leadership turmoil. The opposition blames Kabila and his allies for the delays.

On Thursday, the coalition named Tshisekedi's son, Felix, to succeed him as its president and Pierre Lumbi, a former Kabila loyalist, to head its political bureau.

Tshibala and other coalition leaders held a news conference on Friday to designate a different leader as president of the political bureau.

The government said on Saturday one police officer and three members of separatist Christian cult Bundu dia Kongo (BDK) were killed during a more than two-week standoff in the capital Kinshasa that ended in the BDK leader's arrest on Friday.

A Reuters witness saw four bodies of BDK members killed in the fighting and Reuters confirmed two other deaths, bringing to six the number killed by police.

The episode was one of a series of violent outbreaks that have proliferated since Kabila refused to step down in December.