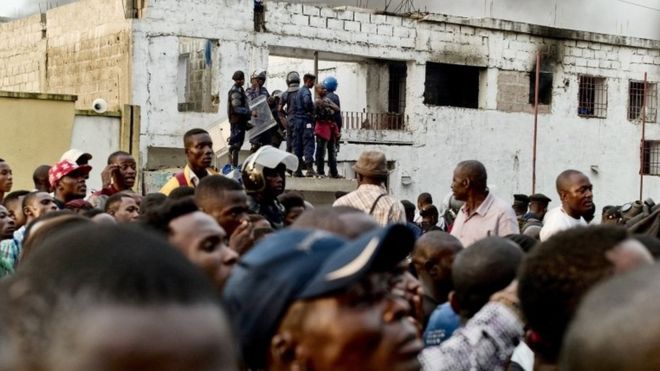 Share
Members of a Christian sect have stormed a prison in the Democratic Republic of Congo's capital, freeing their leader and about 50 other inmates, a government spokesman says.
Gunfire was heard near the prison in Kinshasa, as Ne Muanda Nsemi and other inmates escaped, witnesses said.
He is a self-styled prophet who was arrested in March following clashes between his supporters and police.
Â
He wants to revive the pre-colonial Kongo kingdom in DR Congo.
Mr Nsemi leads the Bundu dia Kongo movement, and has a strong following in south-western DR Congo.
He was an MP when he was arrested in Kinshasa after police accused him of inciting violence.
Â
BBC
Â