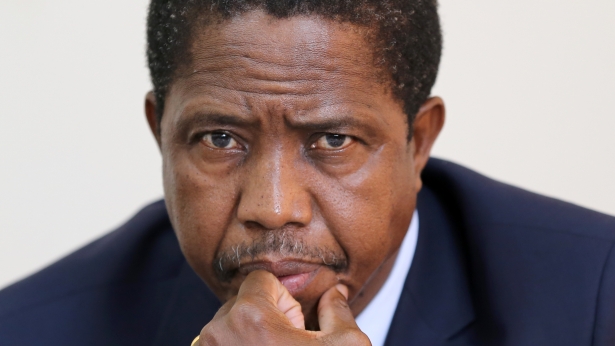 A photograph of a Zambian minister kneeling in front of the country's president, Edgar Lungu has surfaced online with many wondering what might have necessitated such a situation.Â

In the photograph, Lungu was seen sitting on the only chair in the office, while his Minister of Livestock and Fisheries, Michael Katambo knelt down.

The story behind the photograph is that Katambo was begging PresidentÂ Lungu possibly for some wrong he had done.

Following the emergence of the picture online, South Africa's Minister of Sports, Fikile Mbalula, made a jest of them on his social media.

Mbalula, who took to his twitter handle@MbalulaFikile wrote,â€œZambiaâ€™s president holding discussions with his livestock minister. No seat for him, not even kneeling.â€