Shake up your gov't or lose my support - Buhari's wife warns 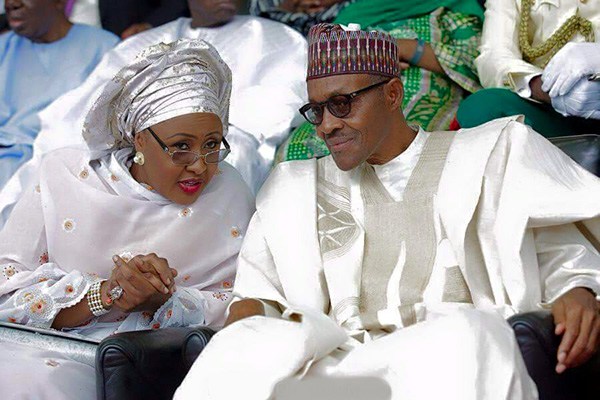 Aisha Buhari, wife of Nigerian President Muhammadu Buhariâ€™s has warned him that she may not back him at the next election unless he shakes up his government.

In a BBC interview, Aisha Buhari said the president â€œdoes not knowâ€ most of the top officials he has appointed.

She suggested the government had been hijacked, saying a â€œfew peopleâ€ were behind presidential appointments.

Mr Buhari was elected last year with a promise to tackle corruption and nepotism in government.

His wifeâ€™s decision to go public with her concerns will shock many people, but it shows the level of discontent with the presidentâ€™s leadership, says the BBCâ€™s Naziru Mikailu in the capital, Abuja.

The president famously remarked at his inauguration that he â€œbelongs to nobody and belongs to everybodyâ€.

In the interview with Naziru Mikailu, Mrs Buhari said: â€œThe president does not know 45 out of 50, for example, of the people he appointed and I donâ€™t know them either, despite being his wife of 27 years.â€

She said people who did not share the vision of the ruling All Progressives Congress (APC) were now appointed to top posts because of the influence a â€œfew peopleâ€ wield.

â€œSome people are sitting down in their homes folding their arms only for them to be called to come and head an agency or a ministerial position.â€

Asked to name those who had hijacked the government, she refused, saying: â€œYou will know them if you watch television.â€

On whether the president was in charge, she said: â€œThat is left for the people to decide.â€

Mrs Buhari said her husband had not told her whether he would contest the 2019 election.

â€œHe is yet to tell me but I have decided as his wife, that if things continue like this up to 2019, I will not go out and campaign again and ask any woman to vote like I did before. I will never do it again.â€

Asked what she regarded as the governmentâ€™s major achievement, she said it was to improve security in the north-east where militant Islamist group Boko Haram has waged an insurgency since 2009.

â€œNo-one is complaining about being attacked in their own homes. Thankfully everyone can walk around freely, go to places of worship, etc. Even kids in Maiduguri have returned to schools,â€ Mrs Buhari said, referring to the city which was once the headquarters of the militant group.