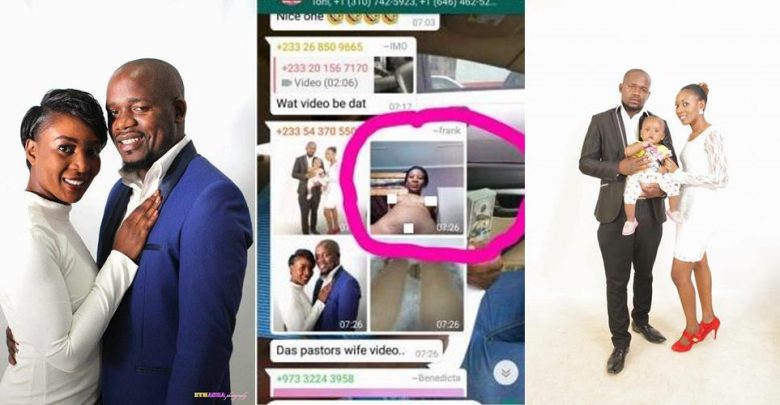 A pastor's wife who mistakenly sent her nude videos to members of her church's WhatsApp group platform has reportedly attempted suicide out of embarrassment.

â€˜Osofo Maameâ€™ who has become a subject of public discussion, especially among members of the husbandâ€™s church, was reported to have tried drinking a poisonous substance. But for the timely intervention of family relations who are keeping a close eye on her since the event, she would have taken her life.

The woman, believed to be a nursing mother in her mid-30s,Â mistakenly sent a video of herself in seductive poses to her church Whatsapp group instead of her husband who had travelled outside the country.

Worse, a news source said the woman sent the nude video and captioned it, â€œItâ€™s all yours when you returnâ€.

To her utter dismay, she reportedly realized her mistake right after pressing the send button on her mobile phone.

Members of the church group who received the messages were shocked and outraged. They tried to call up the pastorâ€™s wife but there was no answer. Consequently, they began to exit the group one after the other.

In two separate videos, 58 and 31 seconds respectively, she is seen facing the camera, kneeling, wiggling her waist and fondling herself concurrently.

That was after she was earlier captured in a bath showcasing her thighs among others styles.

Interestingly, a child believed to be hers is heard crying in the background but the lady who appeared to be enjoying herself turned deaf ears to the child.

This comes in the wake of the infamous â€˜Kitchen Stoolâ€™ leaked tape involving a headmaster and his student girlfriend having sex.