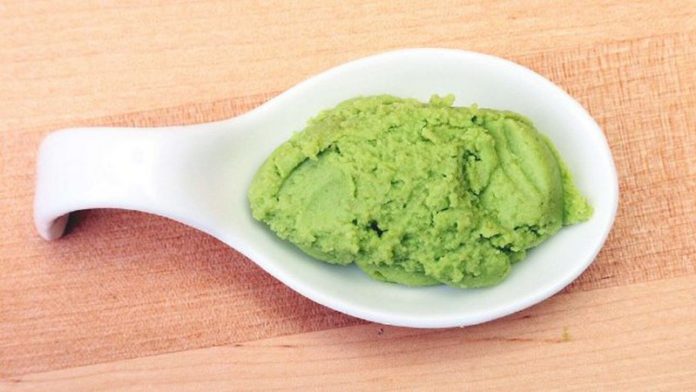 An Isreali woman was hospitalised with so-called “broken heart syndrome” after mistaking wasabi for avocado, according to a report recently detailed in a medical journal.

The unusual story begins with a woman in her late 60s who attended a wedding. At the nuptials, the woman, who was not identified in the report published in BMJ Case Reports, ate a “large amount” of what she thought was avocado dip — only to very quickly realize it was actually wasabi paste, a Japanese horseradish.

The woman then felt a “sudden pressure” in her chest before the feeling moved down to her arms, according to IFL Science, which cited the report.

The sensation lasted for the next few hours, though the woman chose to stay at the wedding.

By the next morning, however, she awoke feeling “uncomfortable and weak” and decided to see a doctor, reported IFL Science.

Doctors performed an electrocardiogram (ECG), which revealed the woman was suffering from takotsubo cardiomyopathy, colloquially known as “broken heart syndrome.”

The Mayo Clinic defines the condition as a “temporary disruption of [the] heart’s normal pumping function in one area of the heart.

”It’s typically triggered by extreme emotional or physical stress, such as the death of a loved one or a car accident. Most people who experience broken heart syndrome are 50 years old or older. In the report, the researchers claim the woman’s broken heart syndrome case is the first to be spurred by “food consumption alone,” IFL Science reports.

In the past, other food-related cases of broken heart syndrome were linked to anaphylaxis, a severe allergic reaction.

READ ALSO: Here is how to get over a 'broken heart' , according to psychology

“To the best of our knowledge, this is the first report of takotsubo cardiomyopathy triggered by wasabi consumption,” the researchers wrote, according to IFL Science, which added the woman recovered after she was treated with angiotensin-converting enzyme (ACE) inhibitors and beta-blockers.

The Parliament of Ghana will soon summon the Health Minister, Kwaku Agyemang…