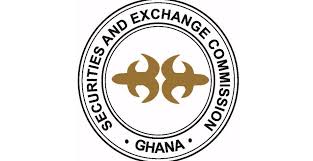 The Securities and Exchange Commission, SEC has revealed that 2,802 clients of defunct fund management companies have received full or partial payment of their investments under the government’s bailout package for the industry.

The total amount paid to the clients is GH¢322.75 million, the commission said.

The full bailout package involves a special arrangement whereby the government will pay clients of defunct fund management companies whose liquidation has been approved by the courts the full amount of their investments within a three-year period.

The partial bailout, on the other hand, is a flat cash payment of GH¢50,000 to clients of fund management companies whose liquidation has yet to be approved by the courts.

It is an interim measure which the government said it has taken to give relief to investors, pending the granting of court orders to begin liquidation of the affected companies.

The commission said in an update last week that affected investors whose validated claims exceed GH¢50,000 will receive their additional funds, in line with the bailout formula, after liquidation orders have been secured.

The partial bailout is expected to cover a total of 92,460 claims filed against 27 fund management companies, out of which Blackshield Fund Management Company accounts for 92 percent of claims.

The regulator said the partial bailout being offered will result in 89 percent and 82 percent of affected individuals and pensioners being fully settled, respectively.

The partial bailout is being channelled through Amalgamated Fund Ghana Limited, the same special purpose vehicle (SPV) being used to pay clients of fund management companies currently under official liquidation.