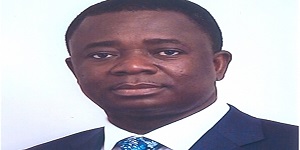 Ghana is set to record a shortfall in cocoa production for the second season in a row.

According to The Business Finder, the drastic fall in cocoa production was due  largely to inadequate fertilizers for cocoa farmers, ageing cocoa trees and lack of skills support for farmers such as  inadequate or no extension officer support.

Ghana is however still the second leading exporter of cocoa beans in the world, trailing Ivory Coast which is producing more than 1.4 million metric tonnes of cocoa beans.

Ghana had targeted 850,000 metric tonnes of cocoa production for the 2015/2016 crop season after it had revised it in the course of the year.

Cocobod has however declined to comment on the cocoa production for the 2015/2016 crop season, saying they are still putting figures together.

It attributed the fall in cocoa production in the 2014/2015 crop season to climate change that affected cocoa crops in the country.

Meanwhile, some indigenous licensed buying cocoa firms are still unhappy with the lack of support from government.

According to them, Cocobod is making it difficult for the local LBCs to receive loans and guarantees from financial institutions.  They again called for the review and enforcement of the local content law to help indigenous firms to grow and create more jobs for the youth.

In May 2016, Parliament approved US$2 billion cocoa syndication loan to enable Cocobod purchase cocoa beans for the 2016/2017.

Cocoa is presently hovering around US$2,900 per tonne on the international commodities market.  Analysts believe that the price of  the commodity which is largely used in producing chocolate and other confectionary has the tendency to surpass the US$3,000 mark soon. Cocoa sold around US$3,000 during the 2011/2012 crop season.