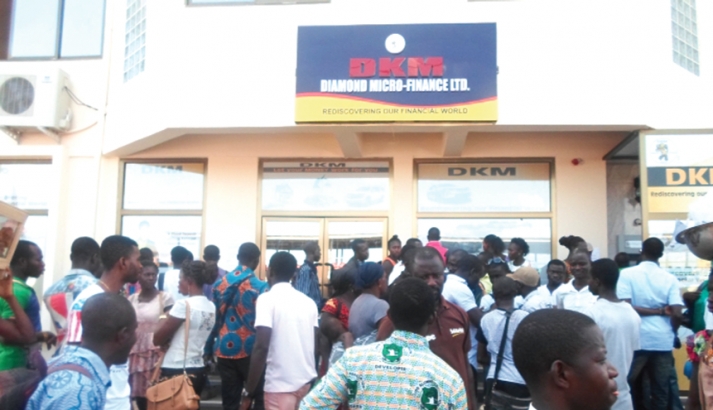 80% of DKM customers paid according to Finance Minister
Shares

Minister of Finance Ken Ofori-Atta has revealed at the 2019 budget presentation that, 80 percent of the defunct DKM microfinance have been paid.

Many Ghanaians who had dealings with DKM were affected after their license was revoked in 2016.

Customers have made all efforts to recover their monies with the government intervening.

The Finance Minister presenting the 2019 budget in Parliament revealed that 80 percent of those affected have been settled.

He said the official liquidator received 99,858 claims and the validated claims amounted to GHÂ¢502 million.

The Finance Minister revealed that the government has set aside funds at the Bank of Ghana to pay the remaining 20 percent of depositors upon validation.

â€œAn additional 12,612 claims have been fully provided for, but the customers have not as yet been able to show proof of deposit.
This means that 92 percent of DKM claims from depositors have been paid or provided for. Depositors for the remaining 7,568 claims of aboveâ€ Ken Ofori Atta stated.

However, he added that GHÂ¢10,000 are yet to reach agreement with the liquidators.

The DKM Diamond Microfinance Limited was alleged to have invested about GHÂ¢77 million of its customersâ€™ deposits in its subsidiary companies â€“ DKM Airlines Company, DKM Fuel Station, DKM Transport, DKM Shea Butter Company and DKM Mining Company, among others.