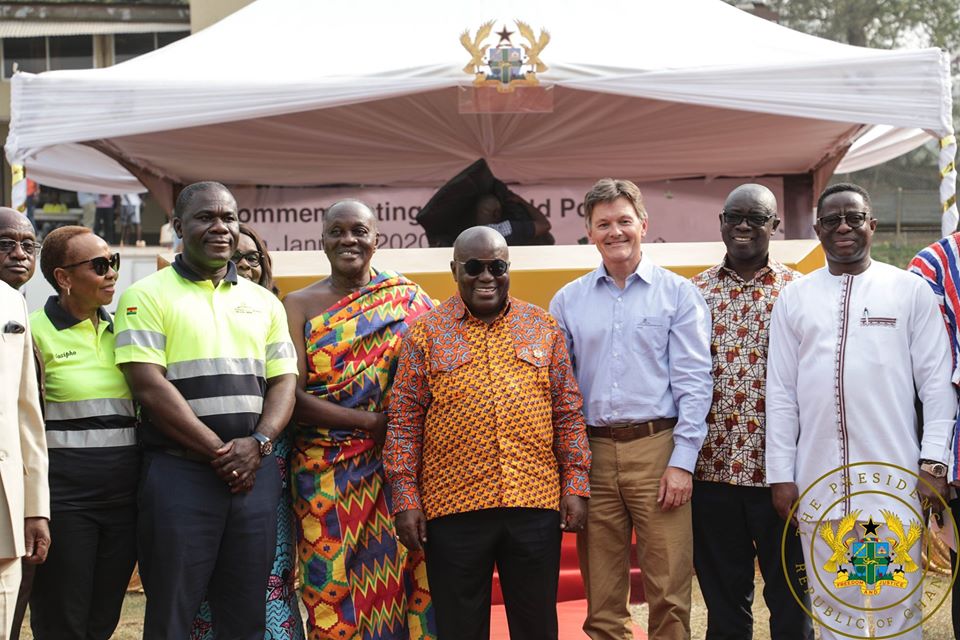 President Akufo-Addo says the operations of the AngloGold Ashanti's Obuasi mine should pull the adjoining communities out of poverty.

According to the President, the works of the mining company should enable the communities to reflect the wealth that their soil has generated.

He has expressed his delight at the return to production, productivity, and profitability of the Anglogold Ashanti Gold mine, six (6) years after it was effectively closed down.

President Akufo-Addo added that the coming back on stream of the Obuasi mine signals to the rest of the world “new beginnings for Obuasi, which will help in spurring on the development of our country”. 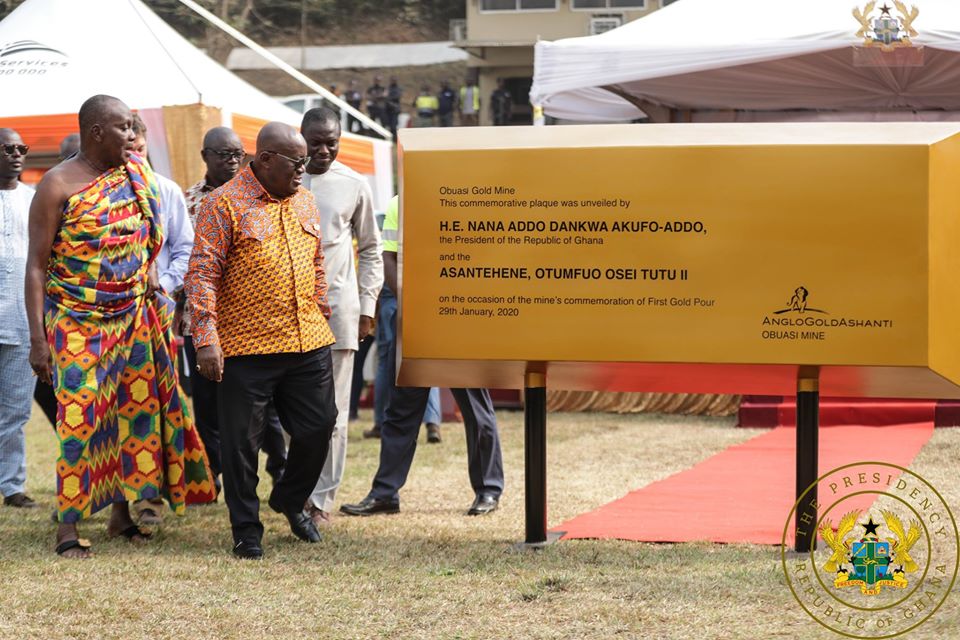 Speaking at an event commemorating the first gold pour of the Anglogold Ashanti Mine, on Wednesday, 29th January 2020, the President recounted how, on 22nd January 2019, he launched the Obuasi Mine Redevelopment Project, whose aim was to signal a return to operation of the Obuasi mine, which had been effectively closed since 2014.

According to President Akufo-Addo, “the shutdown of the mine brought in its wake severe levels of hardship to a community whose major preoccupation is mining. Employees, both direct and indirect, felt the brunt of the closure, with equally devastating effects to several actors along the value chain, be they mine support service companies, security and telecommunications providers or financial institutions.”

In fulfilment of a 2016 campaign pledge to the people of Obuasi, he indicated that his assumption of office saw the holding of a series of discussions and negotiations and the provision of a number of fiscal incentives, which led, firstly, to the establishment of the Re-Development Project of the Obuasi mine, “and brought us, secondly, to this day when we effect the ceremonial celebration of the first gold pour of the mine.”

Addressing the gathering, the President noted that the vision of the Project has been to deliver a modern, state-of-the-art, mechanized underground mine, that will enable AngloGold Ashanti Limited to mine its 30-million-ounce ore body over the next two decades.

“I am also advised that this mine, mining at the rate of two thousand (2,000) tons per day, and scaling-up to four thousand (4,000) tons per day by year-end, would be producing an average of three hundred and fifty thousand (350,000) ounces of gold per annum for the first ten years, and over four hundred thousand (400,000) ounces per annum over the remainder of the life of the mine. Efficient production will make it a profitable venture,” he said.

The President continued, “So, I congratulate the promoters and management of the mine for this major milestone, and I expect the first gold pour to mark also a ‘Year of Return’ to winning ways for not just Obuasi and AngloGold, but for the mining sector in Ghana as a whole. As I have said before, I am counting on this mine to pull the adjoining communities out of poverty, and enable them to reflect the wealth that their soils have generated.”

Beyond its regular corporate contributions, he indicated that it was gratifying to note that, as agreed with AngloGold Ashanti Limited, the company will contribute $2 for every ounce of gold produced into a Community Trust Fund, over the life of the mine, to facilitate development projects in the local communities.

Additionally, ahead of the commencement of gold production, a one-off contribution of two hundred and fifty thousand US Dollars (USD$250,000) has already been paid into the Trust.

“Government will also work with AngloGold Ashanti Limited to ensure that all social and environmental concerns, with respect to the reclamation and restoration of the mine sites, are satisfactorily addressed, and these areas put back to good use for the benefit of the communities within the catchment areas,” he said.

In line with the agenda of Government to enhance local content in the mining industry in Ghana, President Akufo-Addo revealed that Government is engaging closely with the company to ensure that the Obuasi Redevelopment Project places a premium on local content, with greater percentage of capital being spent in-country.

“Preference should be given to Ghanaian companies in the procurement of goods and services in the supply value-chain, from the large-value underground mining contracts, through petroleum supply, to catering and security contracts. Ghanaian professionals must also be prioritised for employment opportunities, and localisation policies fully implemented to the letter. I am aware that the current promoters of this mine are committed to this goal,” he said.