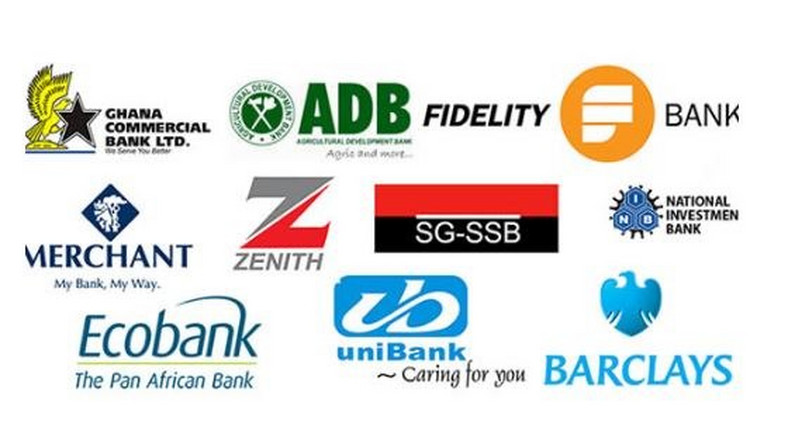 Logo of some banks in Ghana
Shares

Analysis of financial statements of six banks that have been made public so farâ€” out of the total of 23 banksâ€”showed strong performance in all the key indicators, signalling the robustness and resilience of an industry that has undergone extensive â€œcleansingâ€.

The banksâ€™ loan books grew by 28.9 percent, rising from GHÂ¢7.7 billion to GHÂ¢10.0 billion. CAL Bank had the largest stock of outstanding loans of GHÂ¢2.9 billion, after achieving loan growth of 20.3 percent. Societe Generale, which increased its loans by 58.7 percent, had the second-largest loan book of GHÂ¢2.6 billion.

The impressive performance, which likely represents an industry-wide trend, shows that the clean-up of the banking sector by the central bank did not hurt the industryâ€™s performance as some had feared.

Rather, analysts will view the results as attesting to claims by policymakers and financial experts that the clean-up of the banking sector has placed banks in a more liquid and robust position to drive economic growth.

President Nana Addo Dankwa Akufo-Addo, in his State of the Nation address on February 20, said although the financial sector intervention has caused some loss to the public purse, it has resulted in a sound and liquid banking sector to drive national economic aspirations.

â€œThanks to the banking sector clean-up, today I am happy to say that Ghanaâ€™s weak banking sector that we inherited is now well-capitalised, better managed, sound and liquid, and the banks are now increasing their lending to the private sector to help propel the transformation of the economy beyond aid,â€ he had noted.

Private sector credit meanwhile has recovered, growing by 18.3 percent to GHÂ¢44.5 billion, up from the previous growth rate of 10.6 percent to GHÂ¢37.6 billion.