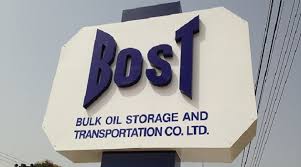 The committee set up to investigate the loss of off-specification petroleum products (off-spec) belonging to the Bulk Oil Storage and Transportation Company Limited (BOST) has come out with its report recommending punishment for the companies at the centre of the issue.

The Committee chaired by Senyo Hosi, Chief Executive Officer of the Chamber of Bulk Oil Distributors (CBOD), urged BOST to immediately recover the payment of some 471,000 litres of off-spec products lifted by Movenpina with interest.

“Recover payment for the 471,000 litres lifted by Movenpina. The payment must not be the nominal value but must include the interest to ensure that the economic value is retained and BOST is not short-changed,” the committee’s report stated.

The report added that “the Department of Finance (BOST) reported that Movenpina has not paid BOST for the 471,000 litres sold through Zup Oil Limited.”

The Committee was, in August 2018, tasked to investigate the loss of over 600,000 litres of contaminated fuel at BOST’s Accra Plains Depot in January 2017.

The committee was tasked to do the following:

“Ascertain the quantity and quality level of off-spec products available in BOST’s storage tanks at the Accra Plains Depot (APD), investigate and prescribe a standard approach for disposing of off-spec products, citing the most acceptable industry practices.”

“Independently initiate and manage all transactions relating to the disposal including valuation of product, a stipulation of price, identifying and recommending potential clients and account for revenues and submit a final report to the Management of BOST.”

BOST was accused of allegedly selling some five million litres of contaminated fuel at a cheap price to some two unlicensed companies [at the time]; Movenpina and Zup Oil, set up days before the sale.

Critics claimed the country lost close to GHc7 million over the deal.

According to the Senyo Hosi-led committee, during its investigations, it observed that some of the missing fuel was subsequently accounted for and others were returned.

The report noted that Movenpina returned 366,906 litres of the product it lifted from BOST. The report also noted that receipt for 103,842 of the fuel lifted was also ascertained.

The report, however, noted that some 8,094 litres of the product was lost due to what it termed as “transit loss.”

The report advised BOST to “immediately initiate steps to surcharge Movenpina and or the transporters of the returned off-spec products for the lost volume of 8,094 litres.”

The Committee also urged BOST to “undertake a thorough review of all depots and commission all necessary refurbishments, maintenance and upgrades.”

“This must include investments in Supervisory Control and Data Acquisition (SCADA) systems to minimise human interventions and modernise the operations at depots, which minimises losses. This we expect will eliminate manual dippings and loadings which increase spillages and losses and exposes BOST to product pilfering. Security systems must also be upgraded in this process.”

The report also made the following recommendations:

Probe the loss of over 17% of the off-spec product in APD Tank 121. We expect this probe to guide policies in respect to depot management and product contamination situations and hold culpable officers accountable.

Review the role of both IQi and TSL to ensure non-duplication of roles, accountability of operations and value for money.