Cedi records no depreciation for one week 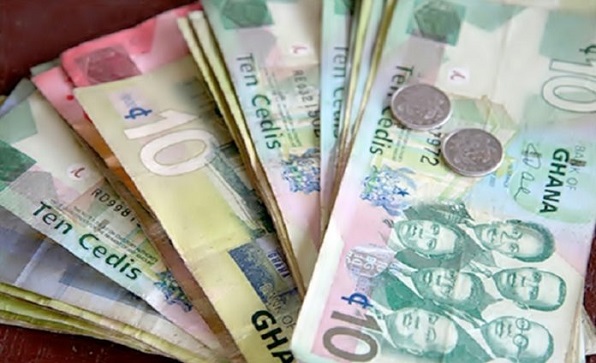 The country’s ailing currency, for the first time in memorable weeks, has seen no weekly loss in value against the US dollar – with assurance from the Bank of Ghana that the recent appreciation will see a further improvement, given measures it has rolled out and coming of the cocoa syndicated loan that has provided the needed buffer.

While the cedi depreciated by 25.2 percent against the dollar in October alone – as it started the month at a rate of GH¢9.6 to US$1 and ended with GH¢13 – over the past one week it has seen no depreciation against the dollar at all, according to data from the Bank of Ghana. The local currency has remained at a rate of GH¢13 to US$1 as of the close of business on Friday, November 4, 2022.

Speaking in an interview with the B&FT, Head of Other Financial Institutions Supervision Department at the Bank of Ghana, Yaw Sapong, said the cedi’s strength against the dollar can be attributed to actions recently taken by the central bank to crack down on illegal forex activities, popularly known as black market operations, together with the closure of some forex bureaux which were not playing according to rules of the game.

“Our efforts are yielding results because we have noted that there is increased traffic to forex bureaux. People who hitherto would look elsewhere for foreign currency are now using forex bureaux. We have also noticed that the hotspots where some of the illegal forex operators were doing their activities openly are no longer in existence.

“We have also seen that the cedi is doing better than before. Over the last few days, the cedi has appreciated against the dollar. Speculation has also reduced drastically, and that is one of the successes we can say comes as a result of measures from the Bank of Ghana,” he said.

He further stated that the cocoa syndicated loan coming will also provide the bank with enough buffers to address the forex needs of big-ticket transactions, while the forex bureaux will focus on serving individuals with lesser need for forex.

Mr. Sapong is upbeat that the cedi’s appreciation against the dollar will persist in the coming weeks, given the Bank of Ghana’s measures being implemented and proposed programme with the IMF, adding that the speculation must stop.

“We think the cedi will further appreciate with the efforts we are putting in, and the cocoa syndicated loan in addition to the proposed IMF programme. So we believe the cedi will strengthen further, and we are urging people to stop the speculation,” he said.

Market-watcher Aza Finance, in its weekly report, acknowledged that the cedi’s performance against the US dollar results from measures introduced by the regulator.

“The recovery was aided by a Bank of Ghana clampdown on illegal FX traders. Dollar-demand remains heavy ahead of the Christmas period as importers seek to pay for goods in time for the festive shopping season,” the market-watcher stated.