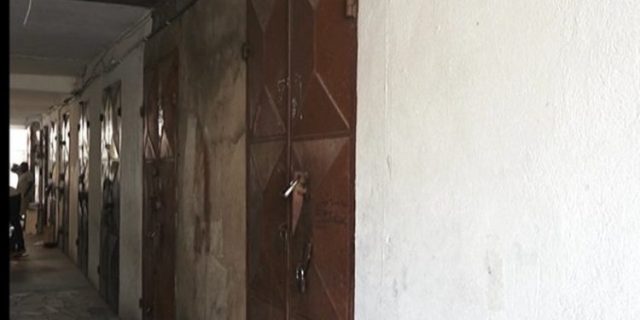 The Nigeria Union of Traders has revealed that the closure of shops by their Ghanaian counterpart has forced most of its members to relocate.

The Ghana Union of Traders Association, GUTA has from last year closed the shops of Nigerians in Accra and Kumasi.

According to GUTA, the action of the foreigner traders to engage in retail business contravenes the retail laws of Ghana.

The action was mostly carried out at Suame in Kumasi, Opera Square and Kwame Nkrumah Circle in Accra. These shops are still under lock and key as the traders who claimed to be citizens of Ghana are requested to provide their certificates.

This action follows the decision of the Nigerian authorities to close their Benin border to check smuggling of substandard goods into their country.

"It is very difficult to explain our lost from the situation, you can agree with me that over 600 shops were closed and it going to be a lot of money loss, what I know is that we have lost a lot of money from the situation. So many families have been affected in so many ways, opening the shops will help us cause this is what the people depend on, some families have relocated to Nigeria I know you will be surprised to hear that......" he said in an interview with Citi FMÂ

The Ghana Union of Traders Association (GUTA) last year agreed to open shops of foreigners at the Kwame Nkrumah Circle.

This came up after a meeting with the Accra Police Command.

GUTA has now agreed to open hundreds of the shops belonging to Nigerians close to the Kwame Nkrumah Interchange.

It also follows President Akufo-Addoâ€™s plea with the Association to allow the relevant institutions to work, in their quest to have the law that bars foreigners from engaging in retail business enforced.

Patrick Osei Brogyua First Vice Chairman of GUTA, who confirmed the reopening of the shops on Eyewitness News said, the association is hopeful to abide by the Presidentâ€™s directive by Monday.

â€œWhen we met the President, he told us to ensure that the law works but we shouldnâ€™t take the law into our own hands. So, this action was not taken by only the leadership, so whatever the government urged us to do, we needed our members before we can take any decision. And so out of respect for the president, we have decided that once he has promised that he will make the institutions work immediately, it is proper for us to agree and respect him to get the shops opened. We met on Thusday, so we have agreed that we will issue a communiquÃ© so that tentatively on Monday we will open the shops.â€