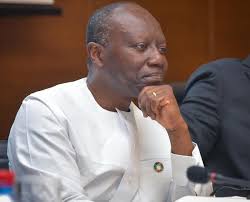 Government's total expenditure in the year 2020 rose by 31.5% to hit a record GH¢92.2 billion due to the impact of COVID-19 and this comes with a greater cost to the economy.

According to Fitch Solutions, the research arm of the international rating agency, Fitch, the huge increase in government spending as a result of the impact of COVID-19 on the economy, expanded the financing gap by far.

The fiscal deficit ended the year by a little over 13% of Gross Domestic Product and this was as a result of COVID-19 spending in which government provided stimulus package in the form of subsidies and direct supports for local households.

Government revenue in the year 2020 was less than ¢46 billion and the rising budget deficit if not checked could crowd out private sector borrowing, distort interest rates, among others.

Fitch Solutions said fiscal restraint will be particularly pronounced in countries such as Ghana with high debt and where governments passed aggressive fiscal measures such as stimulus packages.

However, a robust cyclical recovery in revenues will allow for slight fiscal or economic adjustment efforts in the country.

“A robust cyclical recovery in revenues will allow milder fiscal adjustment efforts in Ghana, but we still forecast low spending growth of 6.2% in 2021 (significantly below the 2015-2020 average of 19.9%)”.

“After committing more than GH¢11.2 billion (3.1% of GDP) to mitigate the impact of COVID-19 in 2020, the government has announced plans to cut spending on procurement, with a view to gradually stabilising the fiscal deficit and public debt, which we expect reached a two-decade high of 72.5% of GDP in 2020”, the report further said

The government spent about GH¢11.2 billion on stimulus packages in the year 2020 to mitigate the impact of COVID-19 on the economy.

However, in 2021, sub-Saharan African governments including Ghana will prioritise fiscal consolidation, following a sharp ramp-up in fiscal deficits and debt loads in the past year.

Meanwhile, Fitch Solutions says the successful general election [Presidential and parliamentary] in December 2020 is likely to lead to the continuity of Ghana’s largely business-friendly policy agendum through 2021.

This together with sustained exchange rate stability and cooling inflation, will support consumption and investment.