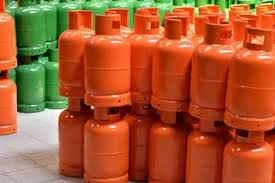 The National Petroleum Authority, NPA, and the Ministry of Energy have finally launched the pilot implementation of the Cylinder Re-circulation Model at Kade in the Kwaebibirim Municipality of the Eastern Region.

The Cylinder Re-circulation Model, which is primarily aimed at reducing LPG-related accidents according to government, will also create more jobs contrary to claims by players in the sector that they will lose their jobs.

Speaking at the launch of the policy which has been on the drawing board since 2017, Dr. Mohammed Amin Adam, a Deputy Energy Minister, said government is working together with the Jubilee field partners to ensure a constant supply of LPG to avoid any shortages.

â€œWhile we encourage you to adopt the cylinder re-circulation model of LPG, we are also working hard to ensure the security of supply of LPG so that we do not have shortages of LPG at any time or anywhere in the country. Accordingly, we are working with the Jubilee Field partners, the producers of oil from the Jubilee Field, to increase gas production and export from the Jubilee Field to enable us to process more than 50 percent of our LPG requirements from domestic sources. This will ensure that we have relative stability in the price of LPG because the Jubilee gas is currently being produced from the free foundation gas volumeâ€.

Dr. Mohammed Amin Adam also indicated that the government will ensure the decentralization of bottling plants across the country to reduce administrative costs and transportation of the cylinders.

â€œTo ensure that LPG is adequately available to all customers in the country, government by extract and the National Petroleum Authority will ensure the decentralization of LPG bottling facilities between major market centers across the country, so apart from bringing the facilities closer to the market and consumers, this will further reduce the administrative cost of transporting LPG over longer distances and the impact it could have on the unified petroleum priceâ€.

The Chief Executive Officer of the National Petroleum Authority, NPA, Hassan Tampuli, who noted that the NPA is poised to deal with possible challenges that may arise from the implementation of the policy, indicated that NPA and its stakeholders will continue risk assessment of all existing structures in other parts of the country before a national roll-out of CRM.

â€œWe believe that before we move forward to roll out the CRM across the country, we will continue to do a risk assessment of all existing structures to ensure that customers in different parts where we have not started the pilot will continue to use their LPG in a safe and environmentally friendly mannerâ€.

The Cylinder Re-circulation Model idea came about after a major gas explosion at Atomic Junction in Accra in October 2017, that left seven dead and over 130 people injured. Following that incident, which was just one of several gas explosions in the past, President Akufo-Addo met his cabinet, and announced some regulatory measures to ensure the safety of Ghanaians and to reduce or eliminate gas-related explosions.

The importance of gas, and its use in our national economy, requires that we must develop and enforce regulations and practices, and deploy technology to ensure the safe use of gas and safety of our citizens.

At that Cabinet meeting of 12th October 2017, the President on the advice of Cabinet, directed that henceforth the Cylinder Re-circulation Model of Liquefied Petroleum Gas (LPG) distribution be implemented.

This model means that LPG Bottling Plants will be sited away from congested commercial and population centres and will procure, brand, maintain and fill empty cylinders to be distributed to consumers and households through retail outlets.

Low risk stations will be designated for the supply of gas to vehicles, and this exercise was to be completed within one year. However, due to protests by groups such as the LPG Operators Association and the Association of Gas Tanker Drivers, the implementation has delayed.

These groups had threatened demonstrations and strikes to compel the government to abandon the policy which they claim will threaten their investments and ultimately lead to job losses.

Meanwhile, the National Petroleum Authority has said the Cylinder Re-circulation Model would create at least 4500 jobs across the country.

According to the Chief Executive Officer of the NPA, Hassan Tampuli, the model when fully introduced would create jobs for distributors and retailers at the various bottling plants.

Two companies, so far have been given licenses to establish and operate LPG bottling plants in different parts of the country although over 20 companies have applied for the licenses.