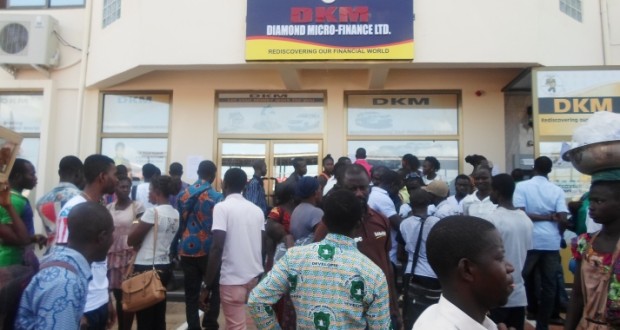 The ongoing liquidation process of DKM Microfinance has established that 87,000 customers of the defunct company are entitled to receive GHÂ¢352 million.

This was after financial consultant to the official liquidator, PricewaterhouseCoopers (PwC), validated the companyâ€™s liability of GHÂ¢605 million to 87,000 depositors.

According to the liquidator, its assessments were being hampered by the inability of directors of DKM to provide it with a statement of affairs of the company as required under the Bodies Corporate (official liquidations) Act 1963, (Act 180). This does not provide a full peep into DKMâ€™s liabilities and asset base.

Under the Depositor Transfer Scheme (DTS), the official liquidator has started making payments to about 74,000 depositors whose balances with the company were up to GHÂ¢10,000; they will receive 100 percent of their validated claims, representing about 85 percent of the number of depositors.

However, 13,000 depositors, representing approximately 15 percent of depositors, whose balances were above GHÂ¢10,000, will receive in addition to the initial GHÂ¢10, 000 a negotiated top-up payment ranging between 10 percent and 35 percent of their outstanding balances.

The liquidator has also instructed customers who missed their previous payment dates to contact the designated recipient bank (GCB Bank) in the Brong Ahafo, Northern and Upper regions before the end of September this year.

Customers lost their investments running into millions of cedis after the central bank in 2015 suspended the operations of the company for violating the Banking Act, Act 2004 (Act 673).