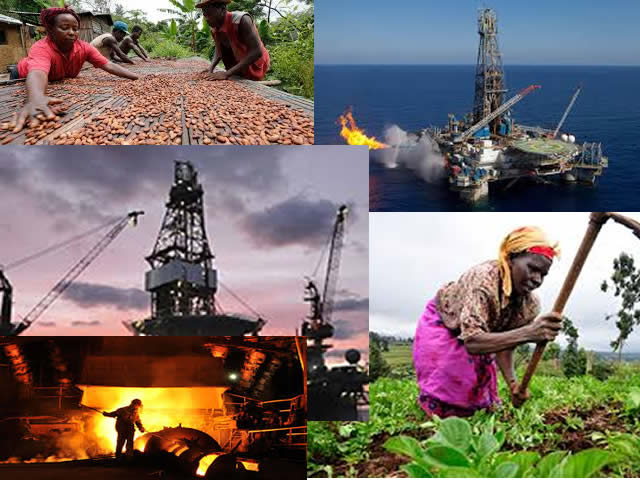 Economist and senior lecturer at the University of Ghana, Prof. Peter Quartey has predicted some exciting times for the Ghanaian economy.

Economist Peter Quartey said Ghana's economy stands to benefit from the continuous increase in gold prices on the world market.

Gold this week hit a six-year high following renewed tensions between Iran and the US which negatively impacted on crude oil on the global market.

This according to him, this is expected to benefit mining companies immensely.

"When commodity prices increase....export revenues go up, that is good but we should use this to diversify the economy because we continue to depend on raw materials and we need to process some of them, diversify so that we don't rely too much on the natural resources so it's a good thing now.."

READ ALSO : Current Cedi depreciation is due to the collapse of confidence in the Economy – Ricketts-Hagan

Prof. Peter Quartey also advised the security agencies to be more vigilant to enforce the laws of mining during this period because it will be an incentive for people to engage in illegal mining.

"In addition to that, I think the illegal small scale mining area as far as prices go up it gives people the incentive to mine gold will increase, our enforcement agency must make sure people do the right thing to mine in the appropriate manner so we don't pollute our water bodies..."

From the average price of 1,400 per troy ounces, gold earned about 5.2 billion for Ghana as at the end of September 2019.

Gold is today selling at 1,548 dollars per troy ounces on the world market.