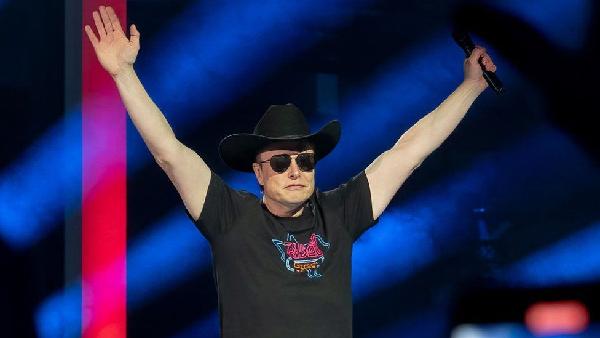 Tesla boss Elon Musk has said he is "not sure" his takeover bid for social media firm Twitter will be successful.

He made the comments at a conference just hours after revealing that he had offered to buy the company for $54.20 a share, or more than $40bn (£30.6bn).

Also on Thursday, Twitter's chief executive told employees that the company was evaluating the approach.

Parag Agrawal also reportedly said at the staff meeting that the company was not being "held hostage" by the offer.

Speaking at the TED2022 conference in Vancouver, Mr Musk said: "I am not sure that I will actually be able to acquire it."

He added that he had a Plan B if his bid for Twitter was rejected, but gave no further details of what that could mean.

Mr Musk also said at the event that Twitter should be more open and transparent.

"I think it's very important for there to be an inclusive arena for free speech," he said.

Earlier on Thursday, he revealed his offer to buy all the shares in Twitter that he does not already own.

In an official filing to US regulators, Mr Musk said he was the right person to "unlock" the company's "extraordinary potential" and that if his offer was not accepted, "I would need to reconsider my position as a shareholder."

He also said that if Twitter's board of directors chose to reject the offer, it would be "utterly indefensible not to put this offer to a shareholder vote".

Twitter confirmed that it had received the bid, but said its board must still review the "unsolicited, non-binding" offer, which values its shares at well below the level of more than $70 that they reached last summer.

Mr Musk already owns more than 9% of the social media platform, but he is no longer its biggest shareholder.

Asset management firm Vanguard Group disclosed on 8 April that its funds now own a 10.3% stake, bumping him off the top spot.