Fitch warns gov't to back off plans to restructure domestic debt 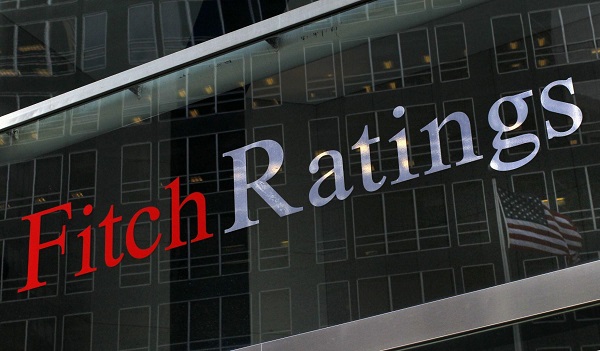 An international rating agency Fitch has warned the government of Ghana to back off any plans to restructure the country's debt.

Fitch says any such attempts to do this will put a lot of stress on the Banks. Ghana's economy in recent times have received negative ratings from various agencies, a situation president Akufo-Addo is unimpressed and questioned such outcomes during his address at the United Nation Summit on Wednesday, September 22, 2022.

" Credit rating agencies have been quick to downgrade economies in Africa making it harder to service our debt."
"During times of crisis, the facade of International cooperation under which they purport to operate disappears. We do not have the luxury of being able to pick and choose which problem to solve, non of them can wait. The economic turbulence requires urgent and immediate solutions."

Fitch Ratings on August 10, 2022 downgraded Ghana's Long-Term Foreign-Currency (LTFC) Issuer Default Rating (IDR) to 'CCC' from 'B-'. Fitch typically does not assign Outlooks to sovereigns with a rating of 'CCC+' or below.

On 5th August 2022, Standard and Poor’s ("S&P") Global Ratings downgraded Ghana’s foreign and local currency credit ratings from 'B-/B' To 'CCC+/C' with a negative outlook. According to S&P, the downgrade is due to intensifying financing and external pressures on the economy.

The government upon these downgrades showed their disappointment in S&P.

"The Government is disappointed by S&P’s decision to downgrade Ghana despite the bold policies implemented in 2022 to address macro fiscal challenges and debt sustainability which have been significantly exacerbated by the impact of these global external shocks on the economy.

Government will continue to be proactive in addressing the impact of these external and domestic headwinds on the economy and on the lives and livelihoods of Ghanaians. Government has implemented key revenue and expenditure measures, including the 30% cut in discretionary expenditures. The delays in the passage of key revenue measures introduced in the 2022 Budget affected revenues performance in the first half of the year." In a statement released by the Ministry of Finance.

Ghana has however gone before the IMF for US$3 billion to help the country navigate through the hostile economic crisis it finds itself in as a result of the adverse effects of the deadly coronavirus pandemic and the ongoing conflict between Russia and Ukraine.

President Akufo-Addo has stated, on occasion, that “we have decided to seek the collaboration of the International Monetary Fund (IMF) to repair, in the short run, our public finances, which have taken a severe hit in very recent times as a result, whilst we continue to work on the medium to long-term structural changes that are at the heart of our goal of creating a Ghana Beyond Aid, that is building a resilient, robust Ghanaian economy.”