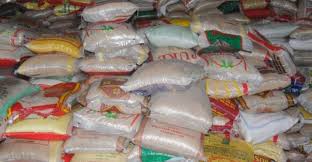 The Ghana Agricultural Workers Union, GAWU has called on the government to restrict the importation of rice in the country.

According to the union, the step will enable Ghana to achieve its 2022 target of becoming self-sufficient in rice production.

General Secretary of GAWU Edward Kareweh in an interview with Joy FM said, "Banning should not be the immediate thing but measures must be taken to regulate the inflow to the country, you simply have to restrict them when you have the restriction then you now also concentrate on increasing your domestic production, let me also say that the rice industry has been in existence for long and the cartel in the industry is so huge..."

Responding to the call by the union, the sector minister Dr Owusu Afriyie Akoto noted that restrictions will not be the appropriate way to address the issues in the rice industry but rather the farmers need to be very competitive to meet the country's demand.

"I don't believe in banning anything that is for the soldiers and security, as an economist i don't believe in banning, it's purely to do with competition as I said the idea for planting for food and job is to increase productivity, Ghanaian farm productivity is one of the lowers in the world even by West African standards, is all about productivity, so they can be very competitive, is an opportunity for them, they have to switch they are on the retail end of the value chain, they know their customers and so they have to link up with the association of rice farmers ."