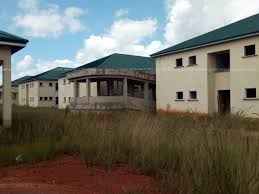 Kojo Oppong Nkrumah, the Minister of Information has blamed the financial modules for health projects under the Mahama administration which are still uncompleted.

He said the financial arrangement around some of the projects as the cause of the delay.

According to the Minister, some of the hospitals have been completed and some are near completion.

There have been concerns about the governmentâ€™s decision to build 88 new district and 6 regional hospitals when some projects have been abandoned over the years.

Providing reasons why some of the hospitals are still uncompleted before government deciding to build additional ones, Oppong Nkrumah said the unfinished hospitals are largely work in progress.

â€œThe unfinished Hospitals largely remain work in progress. On Tuesday morning at our briefing, we will go through all these hospitals where we pick them from and how far we have brought them, there are some that we have finished and opened up and there are some that are near completion. There are some that have gone into financial and contractual difficulties because of some issues associated with it.â€

He said the announcement from the President is a policy instruction for a legacy facilities in the country.

â€œSome may be uncompleted still but they have not been abandoned but beyond that you stillâ€¦ as we have added more districts you will want to do the tabulation about 88 of these districts do not have hospitals so the President has done three things. One, he is giving a policy instructionâ€¦â€

President Akufo-Addo yesterday announced that government will this year begin the construction of 88 district and 6 regional hospitals.

According to the President, this will be a major investment in healthcare infrastructure and the largest in the history of the country.

â€œThere are 88 districts in our country without district hospitals, we have six new regions without regional hospitals, we do not have infetious deisease control centres doted across the country and we do not have enough testing and isolation centres for disease liek Covid-19. We must do something urgently about this. That is why government has decided to undertake a major investment in our healthcare infrastructure the largest in our history, we will this year begin constructing 88 hospitals in districts without hospitals which means 10 in Ashanti, 9 in volta, 9 in Central, 8 in Eastern, 7 in Greater Accra, 7 in Upper East, 5 in the North, 5 in Oti, 5 in Upper West, 5 in Bono, 4 in Western North, 4 in Western, 3 in Ahafo, 3 in Savannah, 2 in Bono East and 2 in North East region.