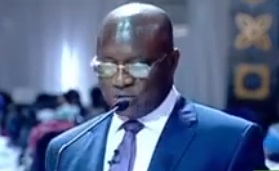 Interest payment on the countryâ€™s debt has become the biggest expenditure item on governmentâ€™s booksâ€”surpassing the amount set aside to pay public sector workersâ€™ salaries and pensions.

According to the 2021 budget statement presented to lawmakers last Friday, government will spend GHÂ¢35.9bn as interest payments, whereas workersâ€™ compensation is expected to amount to GHÂ¢30.3bn.

Compensation paid to workers has historically been governmentâ€™s biggest expenditure item, but rising public debt since the late 2000s has rapidly pushed up interest spending, which has now eclipsed the compensation bill.

In the 2021 budget, presented by Osei Kyei-Mensah-Bonsu, Minister for Parliamentary Affairs, government is seeking parliamentary approval to spend GHÂ¢110bn on its programmes and initiativesâ€”meaning 31 percent of the amount will go into debt servicing.

The countryâ€™s debt as at end-December 2020 stood at GHÂ¢291.6bn, representing 76.1 percent of GDP. The rapid rise in the public debt, which stood at GHÂ¢218bn at the beginning of last year, was attributed to the pandemic, which cut governmentâ€™s revenues even as it incurred unplanned expenditure.

The emergence of interest payments as the biggest expenditure item reaffirms the International Monetary Fundâ€™s classification of Ghanaâ€™s economy as being at high risk of debt distressâ€”a situation where a country is unable to fulfill its financial obligations and debt restructuring is required.

But in his budget speech, the Parliamentary Affairs Minister was confident that Ghana is not yet at a stage that should cause panic.

â€œThe results of the 2020 updated Debt Sustainability Analysis (DSA) show that both Ghanaâ€™s external and total public debt stocks were high but sustainable, and remained unchanged from the results of the previous 2019 DSA, which was included in the 2020 Budget,â€ he said.

That notwithstanding, a Senior Research Fellow at the Institute for Fiscal Studies (IFS), Dr. Said Boakye, stated that the situation is dire and the government needs to take drastic measures to halt the pernicious debt increase.

â€œThe governmentâ€™s understanding that the Ghana Revenue Authority (GRA) has to collect taxes that are due to the government is not enough. The state of the fiscal position is such that something drastic needs to be done,â€ he said in an interview with Business24.

In his view, some of the measures government needs to explore include cutting down on wasteful expenditure. He argued that policies like free senior high school, for instance, have to be reviewed to allow parents who can afford to pay their kidsâ€™ school fees to do so in order to offer government some relief.

Also, Dr. Boakye said that the precarious nature of governmentâ€™s finances cannot accommodate the regular increases in the wage bill. While calling for a rationalisation, he maintained that the labour unions could only be won over if the executive and legislative arms of government cut down on their entitlements, such as end-of-service benefits.

He further called on government to reassess mining concession agreements to ensure that the state increases its earnings from the industry.