Incentives given to companies under 1D1F should be publicized-PEF 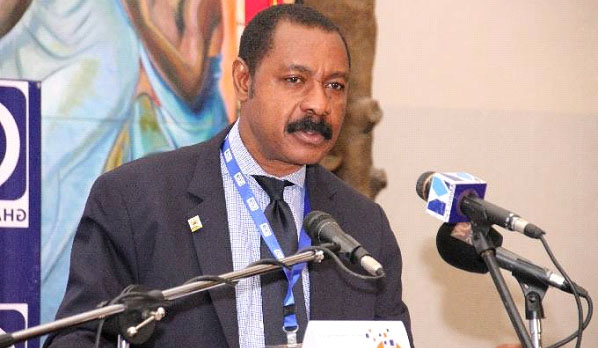 The Chief Executive Officer of Private Enterprise Federation, PEF, Nana Osei Bonsu has asked the government to publicize incentive packages given to companies under the One District, One Factory policy,1D1F.

According to him, this will attract more investors to the policy.

“What government brings to the table, whether thirty per cent equity interest, whether granting of land or other incentives should be publicized. that we are not comfortable the way is been held in a closet and we think that there must be an articulated format for disseminating information because we think there are too many people talking about too many things.”

Reacting to an incentive package and tax waivers approved by Parliament for the 1D1F in an interview with Citi FM, Nana Osei Bonsu said most of the incentive packages should be reserved for the local companies.

"The economy create jobs and wealth so that is commendable the essence is we have got to monitor how it is implemented if this is supposed to influence investments in the programme then I will want to anchor it on the domestic ownership equity of those factories. It’s the right thing to do to boost the local private individuals, the tax will come in the reverse angle so to me this is one of the best things that parliament has done over the period for the private sector and much more for the domestic investors should be the key people to benefit from this."

Ghana to save $700m upon completion of clinker factory in Tanoso

Parliament has approved an incentive package and tax waivers for the one district one factory, 1D1F, policy despite opposition from the Minority.

The package waives taxes on machinery and equipment for operators under the policy and includes corporate tax exemption for five years.

The Minority’s main argument against the package is that no amount is mentioned regarding the waivers which basically gives a blank cheque to the operators in terms of tax waivers but the Majority group insists all individual requests will be considered on a case by case basis and brought to Parliament.

An incentive package from the government for the operators of the One-district One-factory programme was earlier met with stiff opposition from Parliament’s Trade and Industry Committee.

The package, which includes tax exemptions and tax holiday periods of up to five years, among other things, was under consideration at the committee level after it was presented to the House earlier.

The One District One Factory policy is among other flagship programmes of the Akufo-Addo led administration, the policy is aimed at industrializing the economy with a factory at every district in the country. The policy will also help tackle the unemployment issues facing the country.