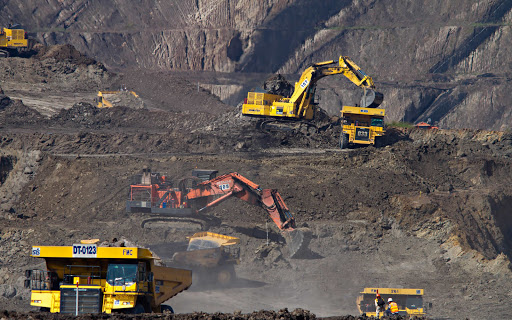 A total mineral export revenue of US$4.5bn was realised by large-scale mining companies operating in the country in 2019, data from the Ghana Chamber of Mines has revealed.

The figure represented an 18 percent increase over the total revenue of US$3.8bn received by the companies in 2018.

According to the chamber, in consonance with the industry’s commitment to spur socio-economic activity through repatriation and expenditure of export earnings in-country, its producing member companies returned US$3.3bn, equivalent to 73 percent, of their 2019 earnings through the local commercial banks.

The chamber said the minerals sector consolidated its position as the country’s foremost source of foreign currency from export earnings and a leading contributor to fiscal revenue.

Data from the Ghana Revenue Authority (GRA) shows that fiscal revenue (excluding dividends) attributable to the mining and quarrying sector increased by 70.3 percent from GH¢2.36bn in 2018 to GH¢4.02bn in 2019.

The sector’s payments translated into 18.3 percent of direct domestic receipts mobilised by the GRA and 7.6 percent of total government revenue in 2019. Likewise, the government received GH¢38.52m as dividend payments from the mining industry in 2019.

Further, the Bank of Ghana’s statistics on merchandise exports show that the minerals sector accounted for 42.6 percent of gross exports receipts in 2019. The sector’s outturn in terms of share of gross export receipts was the approximate equivalent of the sum of shares of the country’s two other major export commodities, crude oil and cocoa.

The chamber’s producing member companies expended US$2.54bn on purchases of goods and services, inclusive of electricity and diesel, from resident manufacturers and suppliers in 2019. Relative to mineral receipts, the expenditure on locally-sourced non-labour inputs amounted to 55.6 percent.

In addition, the companies spent US$24.45m on a variety of projects that were aimed at improving socio-economic infrastructure and services in their respective host communities.

Ghana is one of the world’s top-10 gold producers and the largest in Africa. As such, the mining industry is a major economic driving force: it is the biggest single contributor to government revenues and a leading source of export earnings.

A wave of investments in recent years has boosted production and improved cost efficiency in gold and manganese mining. Meanwhile, the government has acted firmly to improve industry regulation, tackling long-term issues of illegal activity, known as galamsey, and environmental damage, in addition to strengthening assaying capacity.