Local rice to be listed on Ghana Commodity Exchange 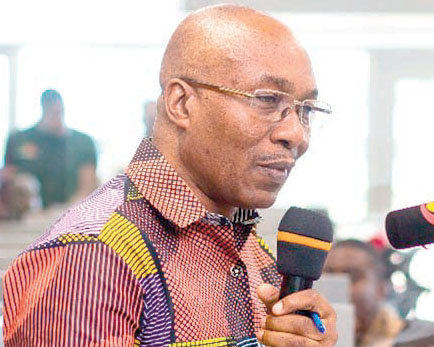 Local rice production and consumption is expected to receive a further boost as Ghana Rice will be listed on the Ghana Commodity Exchange, GCX.

This is expected to be finalized in December this year, after clearance and certification from the Securities and Exchange Commission, SEC.

The Ghana Commodity Exchange is a private company limited by shares, structured as a Public-Private Partnership, with the government of Ghana currently the sole shareholder.

The aim of the exchange is to establish linkages between agricultural and commodity producers and buyers, to secure competitive prices for their products, assuring the market quantity and quality as well as a timely settlement of their trade.

After the clearance, the Ghana Commodity Exchange will be listing One million metric tonnes of Ghana Rice which translates into 20 million 50 kg of Ghana rice.

This comes after a meeting between the Ministry of Food and Agriculture, Rice Millers, the Food and Beverages Association of Ghana, and some financial institutions.

The agreement comes on the back of a meeting with local rice production advocacy groups, JAK Foundation, and HopeLine institute.

Financial support has been one of the challenges facing the local rice sector. It was thus a relief to have financial and trading institutions like the Ghana Commodity Exchange, come together to meet the millers.

The CEO of the Exchange, Dr. Kadri Alfah, announced that his outfit will by the end of the year list Ghana Rice as one of their commodities.

“So by the end of this year, the Ghana Commodity Exchange will be trading rice. So we’re going to be listing Paddy rice and Mill rice. We’re just asking SEC to give us permission to trade rice, so it’s not really SEC’s problem. Before we applied to trade it, we had to undertake an extensive feasibility study, and we also had to consult the industry, and then we had to do others things, so we started doing them, and hopefully, by the end of the year, we should have rice listed.”

But what does it mean to list Ghana Rice on the Exchange, and what are the benefits?

“What it means is that those who’re producing rice, either in the form of paddy or mill rice can actually bring their products and trade them on the Ghana Commodity Exchange, and those who want to buy paddy or Mill rice can come and buy it on the Exchange. We have a system that is able to trade over one million tonnes of different products a day, so the volume is not a problem. What we need is that we need to ensure that we are able to work with our partners to mobilize the farmers and also get warehouses where these commodities will be served.”

“It’s going to give a huge boost to the sector. Some of the problems the sector is facing currently include quality. Whatever is traded on the Exchange, the quality is defined with the industry and they’re accepted, and then they’re part of the products that will be listed on the Exchange”.

Some rice farmers who were elated about the Ghana Commodity Exchange’s commitment indicated that they have the capacity to produce for the needed demand.

“I think its fantastic news; when Commodity Exchange always comes in; it comes in with some sort of liquidity, putting markets and buyers together so that the person who has and the person who has the money, putting them together on a common front, that eliminates geographical challenges, so it’s welcoming addition to the coalition that we’re trying to build” CEO of Strongmen Food and Farms, Kwadwo Ofori Ampomah said.

Convener of the Rice Millers Association, Yaw Adu-Poku, also said “This is the right direction; something we’ve been yearning for and it’s happening live. We have the GCX; we have some of the banks and Ghana Standards Board and the FDA; and a number of the biggest importers are also here on the tables with us and farmers are also here. So it is a very good durbar that we’re having” another excited miller said.

The government has announced that it plans to ban the importation of rice by 2022 to boost local rice production.

A Deputy Minister of Food and Agriculture, Kennedy Osei Nyarko, who gave the hint, said the move is to reverse the significant amount of foreign rice consumed by Ghanaians.

The struggles of rice farmers have been relayed by Citi News reports after a campaign started by Citi FM and Citi TV CEO, Samuel Attah-Mensah, urging Ghanaians to consume locally grown rice.

The struggles of rice farmers and millers have left huge quantities of rice at the risk of going waste at the Fumbisi and Gbedembilisi rice valleys in the Builsa South District of the Upper East Region.

As part of more immediate measures to tackle the problem, the Ministry of Food and Agriculture has been meeting with 20 major rice importers to solicit commitments to support rice production in the country.

In line with this, the Ghana National Buffer Stock Company also said it will make its licensed buying companies purchase all rice produce going bad.