Low momentum for US Job growth during the festive season 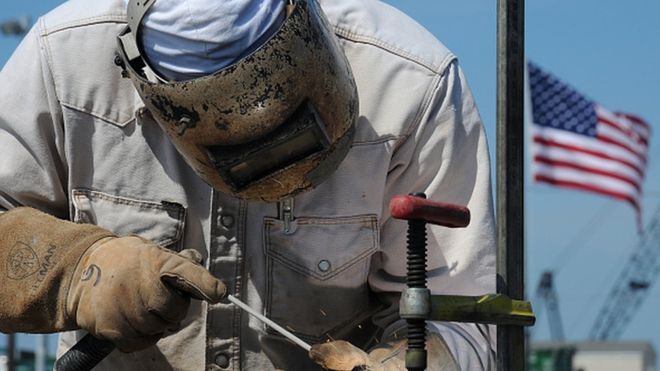 As the first African-American President, Barack Obama winds up his era in the White House, the country’s businesses add 156,000 jobs in December the last release of key economic data before Donald Trump is sworn in as US chief executive.

The number of jobs created dropped from 178,000 earlier in November coupled with a below market expectations of 175,000 new roles. Unemployed rate also stepped up from 4.6% to 4.7%.

US Bureau of Labor Statistics also disclosed that the annual wage growth rate rose by 2.7% in December as compared to an annual average hourly earnings increase of 2.5% recorded in November 2016.

Speaking to a source, Aberdeen Asset Management’s investment manager, Luke Bartholomew, said: "Job growth was decent and wage growth is picking up nicely. But the only real show in town is Donald Trump's inauguration.” He further asserted that "the economy is doing well and doesn't  obviously need the shot in the arm that Trump is planning on providing. The interaction between the Fed and Trump and the resulting policy mix is likely to be the defining theme for investors this year”.

The President-elect during and in the aftermath of his campaign has promised tax cuts both for individuals and for businesses, as well as investment in national infrastructure.

In what could be considered an anticipated response, the US Federal Reserve told the press just minutes before its last rate-setting meeting in December last year that it may have to raise interest rates at more rapidly if Congress approves President Trump's tax cuts.

In the last decade, the US Federal Reserve has only raised interest rates twice with the most recent being last months from 0.5% to 0.75%.

Reacting to this recent development, managing director of Charles Schwab, UK, Kully Samra said: "Despite December's non-farm payroll numbers missing forecasts, the US economy still has a robust labor market”. She further claimed that ” the case for investment in the US remains very much intact. These figures should still be viewed as a justification of the interest rate hike last month, and we continue to expect the Fed to raise rates throughout the year."

In his own words, Mr. Trump said he would be "the greatest jobs president God ever created" and will boost US economic growth to 4%.

Taking over the worst economic recession since the great depression, President Obama's has from the dawn of his administration in January 2009 increased the number of employed by 11.25 million, reducing the unemployment rate from 7.8% to 4.7%, having peaked at 10% in his first year.