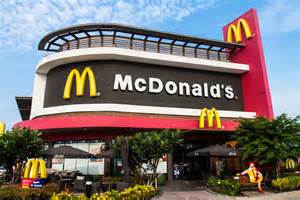 McDonald's has finalized the decision to sell 80% of its business in China and Hong Kong, as part of the plan to franchise most its restaurants outlets round the globe.

The deal which is valued at $2.1bn (£1.7bn) involves the Chinese’ state-owned investment group Citic, and Carlyle Group a US private equity firm. McDonald currently owns and runs an estimated 65% of its 2,000 restaurants in China.

In what can be seen as a smart move by the fast food giant for its business in China, franchising allows it to enjoy a stake in profits from the Chinese market but drastically slash its operational cost.

In an effort to streamline its operations for greater efficiency, McDonalds had in March last year, made public  its quest for partners to help increase its restaurants by 1500 across China, Hong Kong and Korea over a five year period.

The contract set to be signed this Monday, will have McDonalds keep a 20% stake in its China business, Citic  52%  and Carlyle 28%  respectively in the new business partnership between the latter two.

Both McDonald's and its competitors such as KFC, Yum Brands, etc., have in recent times been facing increased competition from local rivals in the Asian market, especially in China.