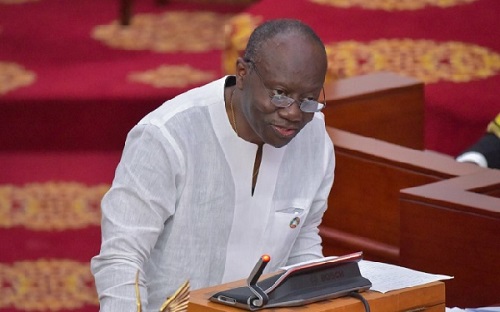 The scheduled presentation of the Mid-Year budget review has been postponed to July 29, 2019.

The postponement was announced by Deputy Majority Leader, Adwoa Safo during the presentation of the business statement in Parliament for next week.

The Minority Leader, Haruna Iddrisu welcomed the postponement indicating it will be of immense benefit to Minority MPs working towards the upcoming primaries for the National Democratic Congress.

“Maybe our concerns have been considered by the leader because many of our colleagues from this side are in their various constituencies to file their nominations to justify their continued association with this House.”

The country’s Financial Management Administration Act requires the Finance Minister to come before Parliament not later than July 31, to prepare and submit a Mid-Year Fiscal Policy review.

This normally includes estimates outlined in the Budget that the finance minister presented for the financial year in question.

Indications are that some macroeconomic targets set in 2018 are likely to be reviewed in the minister’s presentation to Parliament.
Some of the targets for the 2019 fiscal year were:
• The overall Real GDP growth of 7.6 percent;
• The non-oil Real GDP growth of 6.2 percent;
• End-period inflation of 8.0 percent;
• Fiscal deficit of 4.2 percent of GDP;
• A primary surplus of 1.2 percent of GDP; and
• Gross International Reserves to cover not less than 3.5 months of imports of goods and services.