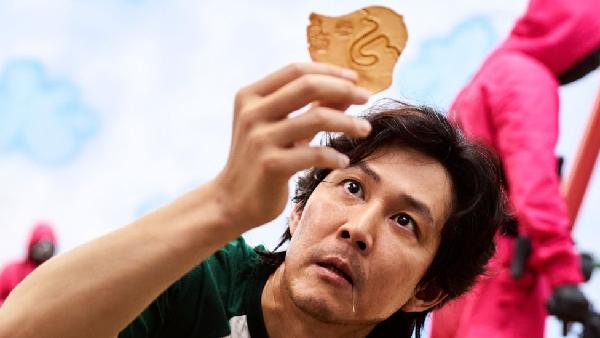 Netflix is recruiting participants for a reality TV show inspired by its most popular series of all time, Squid Game.

However, it will not be life or death that is at stake, as depicted in the South Korean dystopian drama.

Instead, 456 recruits from around the world will play games where "the worst fate is going home empty-handed" - missing out on a $4.56m (£3.8m) prize.

Netflix also confirmed that the popular series would be renewed for a second season earlier this week.

On Wednesday, the platform announced that its new 10-episode series - Squid Game: The Challenge - would offer the "largest cast and lump cash prize in reality TV history".

"As [players] compete through a series of games inspired by the original show - plus surprising new additions - their strategies, alliances, and character will be put to the test while competitors are eliminated around them," it added.

Participants need to be at least 21 years old. They must speak English, and be available for up to 4 weeks in early 2023 for filming.

The 456 participants are a nod to the fictional series, which features the same number of players, with its main protagonist Seong Gi-hun also referred to as Player 456.

The South Korean thriller series tells the story of debt-ridden people competing for a huge cash prize in a deadly series of children's games.

It holds the record as Netflix's most-popular series of all time, and it was streamed by 111 million users in its first 28 days of its launch.

Director, writer and executive producer of Squid Game Hwang Dong-hyuk said in a statement on Monday: "It took 12 years to bring the first season of Squid Game to life last year. But it took 12 days for Squid Game to become the most popular Netflix series ever."

Netflix faces intense competition from streaming rivals, but was also hit after it raised prices and left Russia.

In April, it revealed a sharp drop in subscribers and warned millions more are set to quit the streaming service.

This wiped more than $50bn off the firm's market value as experts warned it faced a struggle to get back on track.