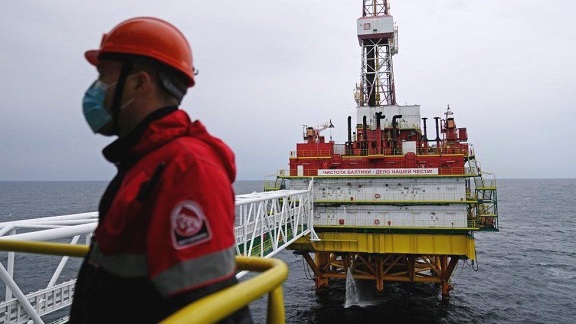 A cap on the price of Russian oil will restrict Russia's revenues for the "illegal war in Ukraine," the US says.

The cap, approved by Western allies on Friday, is aimed at stopping countries paying more than $60 (£48) for a barrel of seaborne Russian crude oil.

The measure - due to come into force on Monday - intensifies Western pressure on Russia over the invasion.

Ukraine said the Western-proposed cap should be halved. Russia said it would not supply to countries enforcing it.

The price cap was put forward in September by the G7 group of industrialised nations (the US, Canada, the UK, France, Germany, Italy, Japan and the EU) in a bid to hit Moscow's ability to finance the war in Ukraine.

In a joint statement, the G7, the European Union and Australia said the decision was taken to "prevent Russia from profiting from its war of aggression against Ukraine".

"With Russia's economy already contracting and its budget increasingly stretched thin, the price cap will immediately cut into Putin's most important source of revenue," she said in a statement.

UK Chancellor Jeremy Hunt said the UK would not waver in its support and would continue to look for new ways to "clamp down on Putin's funding streams".

The agreement of a price cap comes just days before an EU-wide ban on Russian crude oil imported by sea comes into force, also on 5 December.

The price cap - which is meant to affect oil exports worldwide - is meant to complement that.

Countries which sign up to the G7-led policy will only be permitted to purchase oil and petroleum products transported via sea that are sold at or below the price cap.

Ukraine's Western allies also plan to deny insurance to tankers delivering Russian oil to countries that do not stick to the price cap. This will make it hard for Russia to sell oil above that price.

Senior Russian politician Leonid Slutsky told Tass news agency the EU was jeopardising its own energy security with the cap.

Though the measures will most certainly be felt by Russia, the blow will be partially softened by its move to sell its oil to other markets such as India and China - which are currently the largest single buyers of Russian crude oil.